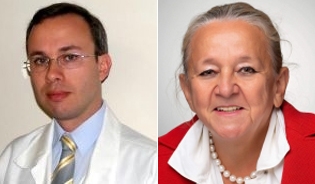 Evidence shows that extremes of birth weight (BW) carry a common increased risk for the development of adiposity and related cardiovascular diseases, but little is known about the role of obesogenic behaviors in this process. Moreover, no one has empirically examined whether the relationship between BW, obesogenic behaviors and BMI along the full low-to-high birthweight continuum reflects the U-shape pattern expected from common risk at both BW extremes. Our objective was to characterize physical activity, screen time, and eating behavior and their relationship to BMI as a function of BW among school-aged boys and girls. In this cross-sectional study, 460 children aged 6 to 12 years (50% boys) from Montreal, Canada provided information on sleeping time, screen time, physical activity levels, eating behavior (emotional, external and restrained eating) and anthropometrics (height, weight, BW) through parent reported questionnaires. BMI was normalized using WHO Standards (zBMI), and BW expressed as ratio using Canadian population standards (BW for gestational age and sex). Analyses were conducted using generalized linear models with linear and quadratic terms for BW, stratified by sex and adjusted for age, ethnicity and household income. In boys, physical activity and screen time showed U-shaped associations with BW, while physical activity had an inverted U-shaped in girls. Emotional and restrained eating had positive linear relations with BW in boys and girls. Sleep time and external eating were not associated with BW. A U-shaped relationship between BW and zBMI was found in boys but no association was found in girls. Only sleep (in boys and girls), and emotional eating (girls only) were related to zBMI and mediation of the BW-zBMI relationship was only supported for emotional eating. In conclusion, BW relates to obesogenic behaviors and BMI in both non-linear and linear ways, and these associations differed by sex.