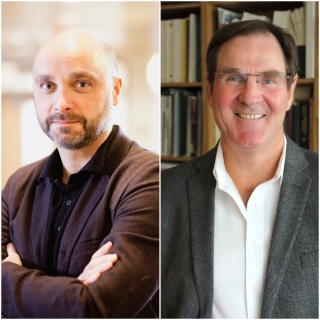 Brain diseases and disorders are the leading cause of disability, directly affecting one in three Canadians as well as millions of family members, friends, colleagues and caregivers. The Government of Canada recognizes the significant impact on the health of Canadians, and supports Canadian research on the brain and related diseases and disorders

The Honourable Jane Philpott, Minister of Health, announced 18 new brain research projects, involving over 200 researchers, under the Canada Brain Research Fund, a public-private research fund administered by the Brain Canada Foundation. The Minister made the announcement following a meeting organized by the Brain Canada Foundation, which brought together leaders and experts in cerebral health research from across the country.

Through the Canada Brain Research Fund, a total of $29 million in public-private brain research funding will be awarded to 18 recipients across Canada. The Government of Canada provided more than $14 million towards the projects, which will help to improve the health and quality of life of Canadians affected by brain diseases and disorders, such as depression, stroke, Alzheimer’s disease, Multiple Sclerosis, autism and Parkinson’s disease. Recipients include:

The McConnell Brain Imaging Centre is in the top three largest brain imaging service platforms worldwide. Dr. Baillet and his team aim to add capacity for data acquisition and sharing, expanding capacity for different imaging modalities, and emphasizing dissemination, open-access, and training of highly qualified personnel. One institution (20 team members) in one province is involved.

Dr. Evans, who holds the Dahdaleh Chair in Neurosciences and his team aim to build a national neuroinformatics network for integration of clinical and basic research on autism and related neurodevelopment disorders. The network will unite a community of internationally-regarded autism researchers in Canada through an existing national IT infrastructure and will promote the sharing of data, ideas, expertise and trainees across that community. Nine institutions (10 team members) across three provinces are involved.