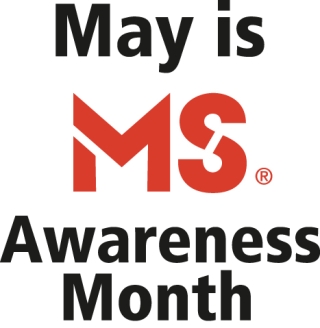 The Montreal Neurological Institute and Hospital (The Neuro) is home to Canada’s first multiple sclerosis (MS) clinic, and MS research and treatment has been a major focus at The Neuro for many years. The MS clinic employs a highly specialized staff who have access to the latest research data and methods of treatment. It is a clinic where innovation and progress are paramount.

The MS Clinic offers treatment to about 2,000 patients annually. A multidisciplinary staff is there to treat all of the many facets of multiple sclerosis. MS poses challenges ranging from a patient’s reduced mobility to the needs of the patient’s family coping with the stress of caring for a loved one. The MS Clinic draws on the expertise of neurologists, specialized nurses, physiotherapists, occupational therapists and social workers.

In striving constantly for improved approaches to MS research and treatment, the MS Clinic invites patients to participate in clinical trials of new MS drugs. These trials are coordinated with The Neuro's Clinical Research Unit.  For more information, please see http://cru.mcgill.ca/

Two of The Neuro’s neurologists, Dr. Jack Antel and Dr. Douglas Arnold, are investigators in three major new MS research projects funded by the International Progressive MS Alliance, an international initiative that is connecting resources and experts around the world to find answers and develop solutions to end progressive MS. The goal of the Alliance is to speed the development of new treatments for progressive MS by funding the best research, wherever it exists. The Alliance is led with management from MS organisations in Canada, the United States, Italy, Australia and the United Kingdom, and the MS International Federation, and expanding financial and resource support from more than 35 MS organisations, foundations and trusts.

Dr. Antel, one of Canada’s leading MS specialists, was chosen to participate in a project headed by Dr. Francisco Quintana of Brigham and Women’s Hospital (Boston, USA) to identify potential drugs that might be effective therapies for progressive MS. The project aims to evaluate these drug candidates in patients within four years of the start of research.

The project will target the innate immune system in the central nervous system (CNS). Normally this immune system acts as a defence against infections, but researchers have found certain innate immune cells in the CNS that promote MS and other diseases. Using models of MS, Dr. Quintana’s team has found that nerve damage can be arrested by genetically manipulating nerve pathways. No candidate drugs are available at this time, however, to control innate immune cells.

Dr. Antel will contribute to Dr. Quintana’s study along with researchers at The Broad Institute (USA), Université de Montréal, and the Weizmann Institute of Science (Israel).

Dr. Antel is also contributing to an international project that is using bioinformatics and cell reprogramming as a means of finding new drugs for progressive MS.  This project, termed BRAVEinMS, is led by Dr. Gianvito Martino of San Raffaele Scientific Institute, Milan, Italy.

At the heart of the project is a search for ways to promote remyelination where the myelin sheath surrounding axons is damaged or malfunctioning. Axons are the strands that carry electrical signals between brain cells. There is evidence that MS is an auto-immune disease that affects myelin.

Researchers will examine large data sets of biological and chemical information to identify biological pathways and treatment targets that can possibly be used to promote remyelination. Among these targets are chemical compounds and drugs previously approved for other diseases that might be effective for use in progressive MS.

Among other researchers joining Dr. Antel in this project are those from Italy, USA, France and Germany.

Developing a Biomarker for Earlier Detection of Progressive MS

Dr. Douglas Arnold, a neurologist at The Neuro, is leading an international team in creating a new cutting-edge tool for measuring the rate at which progressive MS is developing in patients. This exciting research has the potential to detect progressive MS in people who otherwise have yet to show symptoms of the disease. The primary goal is to provide an MRI marker that could facilitate the development of new drugs for progressive MS. Early detection also opens the door to treatment at an earlier stage than ever before — a potential major breakthrough in the treatment of progressive MS.

“Our research looks at the idea that it might be possible to use magnetic resonance imaging (MRI) to create a biomarker for detecting brain injury associated with progressive MS before physicians are able to do so in a visit to a clinic,” says Dr. Arnold. “We think this is likely to be possible because of the brain’s ability to compensate for injury up to a point.”

The multidisciplinary team will use computer science, image processing and statistics to examine data from some 40,000 MRI scans derived from more than 2,000 patients. Advanced imaging analysis tools will measure the patients’ brain structures, size and appearance. Comparisons of statistical data will identify any changes in brain patterns that appear to be associated with MS progression.

The team will use methods that have led to fruitful results in other disciplines but have not been used in MS research.

“One method, for example, will use advanced machine learning techniques like those used in facial recognition,” says Dr. Arnold. “Such techniques can detect image features related to disease progression that humans might not recognize.”

“Our team believes that this research can lead to tools that make it easier to conduct smaller, less expensive clinical trials for testing new drugs for progressive MS,” says Dr. Arnold. “These new tools would encourage pharmaceutical companies to conduct more trials.”

Along with McGill University, the research involves investigators in The Netherlands, Britain, USA, Israel, Switzerland, and Italy.

Some 50 members of The Neuro's staff conduct laboratory and clinical studies related to MS. They use the most advanced brain imaging technology and the latest cell biology tools to study the disease in all its aspects and at every stage. The Neuro's basic scientists and clinical physicians cooperate closely to translate research into patient therapies:

Dr. Yves Lapierre is Director of the MS Clinic. A neurologist, Dr. Lapierre undertakes clinical drug trials and designs programs that prescribe MS drugs in the most effective way to prevent relapses.

Dr. Paul Giacomini is Associate Director of the MS Clinic. Dr. Giacomini is recognized nationally for his expertise in multiple sclerosis and neuro-inflammatory disorders. In addition to a large clinical practice, he conducts clinical trials to evaluate novel therapies for both relapsing and progressive forms of MS. He is also very active in medical education, and directs the McGill MS fellowship program, as well as numerous medical education initiatives across the province of Quebec.

Dr. Jack Antel is a neurologist who investigates how the interactions of nerve and immune cells might contribute to MS. He also studies glial cells and the factors that could lead to remyelination.

Dr. Alyson Fournier is a neuroscientist who is interested in nerve cell injuries and why they occur. Her research aims at finding ways to repair nerve cells damaged by MS.

Dr. Douglas Arnold is a neurologist with expertise in magnetic resonance imaging. He uses advanced MRI methods to investigate how MS affects the brain and how new MS therapies work. He was responsible for the MRI analysis of two Phase 3 development programs that led to the approval of two new MS drugs, daclizumab (Zinbryta) and ocrelizumab (Ocrevus).

Dr. Tim Kennedy is a neuroscientist conducting research into how myelin develops in early stages of growth and how it is maintained in the mature brain. His research aims to uncover new methods of stimulating re-myelination.

Dr. Daria Trojan is a physiatrist who assesses and manages symptoms of MS patients. With the collaboration of a sleep specialist, Dr. John Kimoff, she is conducting a randomized, controlled clinical trial of a treatment for obstructive sleep apnea-hypopnea in MS patients with this condition. In the past year, she completed a study in cooperation with McGill mechanical engineers that aimed at developing an easy-to-use, point-of-care gait assessment tool for MS patients.