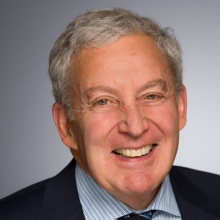 Bob started his career in 1970 with Touche Ross & Co. /P.S. Ross & Partners in Montreal and was made a partner of the firm in 1975, when he was concurrently named National Director of P.S. Ross’ Executive Search Services and Managing Partner of its Montreal Office.

Bob formed his own executive search firm, J. Robert Swidler Inc. in 1979, with offices in Montreal and Toronto, which grew to become one of Canada’s largest firms prior to its acquisition by Egon Zehnder International in 1989.

From Nov. 1, 1989 to Oct. 31, 2013, when Bob retired from Egon Zehnder, he led the firm in Canada for nineteen years as Managing Partner and for the last five years as Chairman. Revenues grew tenfold during this time and twelve Canadian colleagues were named to the global Partnership.

Bob reestablished his former firm on Nov. 1, 2013 under the name J. Robert Swidler & Associates Inc. and continues to practice senior level executive and Board search. Bob is fluently bilingual.

Bob was Chairman of the Governance Committee of the Board of Governors of Lower Canada College over a six year period. He is a member of the Board of Advisors of the Canadian Club of Montreal and a former vice president of its Board of Directors. He served as a board member of the Montreal General Hospital Foundation from 1990 until June 2017, having been its Chairman from 2003 to 2005. He also was a founding board member of the MUHC Foundation until its restructuring in 2014. Bob joined the McGill Desautels Faculty of Management Advisory Board in April 2002 and was named Chairman of this Board in April 2009, a capacity in which he served until April 2014, when he was named a Lifetime Member of this Board. In November 2013, Bob was named to the Board of the Montreal Symphony Orchestra Foundation.

Desautels International Advisory and Advancement Board

Comprised of highly successful industry leaders from around the globe, who provide regular support and recommendations to our Dean and the Faculty.