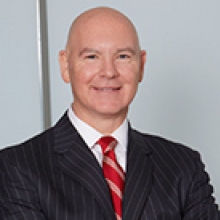 David began his career in 1980 with Gulf Canada Ltd., one of Canada’s largest integrated oil and gas companies at the time. He worked in their head office, in the Financial Accounting and Financial Planning departments before moving on to the downstream refining and marketing operations, and then a stint with the Marine and Pipeline operations.

In 1985, David joined Levesque Beaubien, a Montreal-based investment dealer, as an equities analyst. During his years there, he covered Canadian public companies in the pipeline, utilities, and energy sectors, and later serving as Acting Research Director from 1990 to 1991. He then moved to CIBC Wood Gundy where he served as Managing Director and continued to perform oil and gas equity research. This was followed by similar stints at Gordon Capital and Scotia Capital.

David was a founding board director of Canadian Hydro Developers Inc. in 1989. The company grew to become Canada’s largest publicly traded renewable energy (hydro, wind, and biomass) firm, and later sold to TransAlta in 2009. David has also served as a director on the boards of CanScot Resources Inc., Greenfield Resources Inc., and Whitemud Resources.

Prior to founding the firm now known as Rempart Asset Management in 2003, he was a senior portfolio manager with MacDougall Investment Counsel.

And finally, David will proudly serve as the 2020-2021 Class Patron of the Master of Management in Finance program.

Prior to graduating with an MBA from McGill in 1980, David obtained his BA at Western University. He is also a CFA.

David is married to Cheryl (also a McGill MBA’80 graduate) and together they have three adult children.