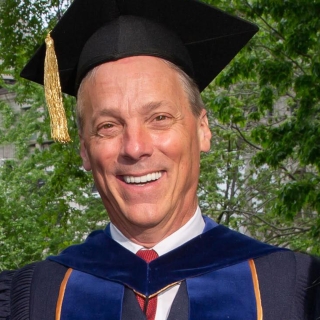 As the Imasco Chair of Information Systems and Distinguished James McGill Professor in the Desautels Faculty of Management, Pinsonneault has established a reputation for high-quality, innovative research in the field of information systems. Over the span of his career, Pinsonneault has written over 150 journal and conference articles and delivered 155 international presentations. He has constructed a research infrastructure comprised of numerous collaborators and more than 30 doctoral students and postdoctoral fellows from across the globe. He regularly lists among the most productive researchers in the field of information systems and was ranked the most productive scholar worldwide in 2016.

After graduating with a PhD from the University of California and working as an assistant professor at HEC Montréal, Pinsonneault accepted a role as an associate professor at McGill in 1999 and became a full professor in 2004. He is also currently co-director of the McGill-HEC Montréal Executive MBA program. In the nearly 25 years since he joined the McGill faculty, he has spearheaded the dramatic growth of information systems research at the Desautels Faculty of Management, which is now internationally recognized and regularly ranks among the best in the world for information technology.

Considered one of the most respected academics at McGill, Pinsonneault’s reputation precedes him as an internationally recognized visiting scholar throughout North America and Europe. Pinsonneault has received numerous distinctions during his career, including the title of member of the Royal Society of Canada and that of Chevalier de l'Ordre National du Québec.