To attend in person, register here

Dept. of Medicine, Physiology and BME, University of Toronto, Canada

Abstract: Wilder Penfield (1891–1976) was the director and world famous founder of epilepsy surgery at the MNI, who pioneered awake brain surgery for epilepsy. He also originated the hypothesis of the centrencephalon (diencephalon and mesencephalon) as the origin of widespread epileptiform discharges and the most important area mediating consciousness. This spurred awareness, controversy and studies of the role of these structures in many processes including epilepsy. However, ‘out of sight, out of mind’, meaning that until now, although extracranial and intracranial EEG are the gold standard measures for diagnosing epilepsy, because brainstem recordings in humans are not possible, and are difficult to do in animals, little is known about brainstem seizures. Our lab took an interest in the concept of brainstem seizures based on fatal metabolic seizures in animal models not being associated with cerebral EEG epileptiform abnormalities, leading us to search for seizures in the brainstem. Recently there has been a major effort to understand the pathogenesis of sudden, unexpected death in epilepsy (SUDEP), which is considered to be due to cerebral seizures that invade the brainstem, disrupting the brainstem cardiorespiratory centres leading to death. Clinical and experimental data will be presented ending with thoughts on future clinical and investigative approaches for diagnosing and preventing this devastating complication of epilepsy. 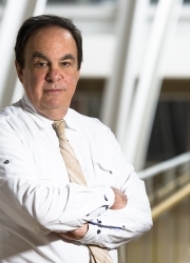