Abstract: I will summarize some key advances in biomarker discovery in Alzheimer’s Disease detected by multimodal brain imaging techniques including volumetric MRI and molecular PET, neuropathology particularly TDP43 deposition, genetic risk markers and, more recently, plasma protein profiles. I will also highlight the complex relationships between AD, itself quite heterogeneous, and Cerebrovascular Disease. In particular I will review the subtypes of SVD, including perivascular spaces and periventricular white matter disease associated with deep venular collagenosis, and illustrate the behavioural relevance of injury to the cholinergic projections.

Bio: Dr. Black has had continual peer-reviewed funding since 1986. Her research focuses on the cognitive sequelae of stroke and stroke recovery, the differential diagnosis of dementia, the use of neuroimaging techniques to elucidate brain-behaviour relationships in stroke and dementia, and more recently, imaging-genetics correlations.

She is conducting prospective studies on the utility of quantitative structural and functional imaging in diagnosis and monitoring of mild cognitive impairment, Alzheimer's disease, vascular dementia, frontotemporal dementia, and Parkinson’s-Lewy body disease, and on the interactions of Alzheimer's disease and cerebrovascular disease. She is also an active clinical trialist with experience in more than 60 clinical and pharmaceutical trials.

She is leading multicentre Canadian trials using amyloid imaging in patients with Alzheimer’s and Parkinson’s disease with moderate to severe white matter disease. In these trials, she is using ocular biomarkers, genetics, multimodal magnetic resonance imaging and neuropsychological testing. She is also concluding a repurposing trial of angiotensin receptor blockers versus angiotensin converting enzyme inhibitors in hypertensive patients with Alzheimer’s disease.

As of June 2016, Dr. Black has over 470 publications (403 peer-reviewed), a Scopus H-index of 72, Google Scholar H-index of 89 and 28,726 citations. Over the last 25 years, she has led multidisciplinary research teams in studies of stroke and dementia. She has mentored many young faculty and trainees, including 36 postdoctoral fellows, 18 PhD students and 15 master’s students, earning outstanding mentorship awards from U of T’s Institute of Medical Sciences and department of medicine.

Her CIHR-funded multidisciplinary, multimodality longitudinal study of 1,279 patients with Alzheimer’s disease and other dementias has investigated brain-behaviour relationships, particularly the role of small vessel disease, and the utility of neuroimaging for diagnosis and monitoring treatment response (including 170 patients followed to autopsy). This invaluable archive has generated and contributed to 191 peer-reviewed publications in high-quality journals with trainees as first authors on more than 70 of those. These include reports of novel gene mutations in frontotemporal dementia and Lewy body disease. 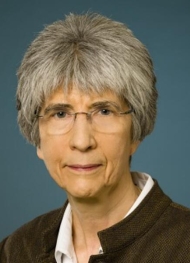