Abstract: This talk will start by covering determinants of Parkinson’s disease risk, including genetic, environmental and lifestyle factors. It will then focus on evidence for interactions between genes and the environment, and how genetic data can be used for causal inference about the effect of environmental factors and intermediate phenotypes on PD risk.

Bio: Alastair is a Reader in Neurology and Neuroepidemiology at the Wolfson Institute of Population Health, Queen Mary University of London, and a Consultant Neurologist at Barts Health NHS Trust. He is the Lead of the Preventive Neurology Unit at the Wolfson Institute. Alastair graduated from Barts and the London School of Medicine and Dentistry in 2007. He pursued integrated training via the Foundation Academic Programme and an NIHR Academic Clinical Fellowship at UCL. Between 2012-2016 he undertook a PhD in Neuroscience at UCL. Between 2014-2016 he undertook an MSc in Epidemiology at London School of Hygiene and Tropical Medicine. His research interests are Parkinson’s disease and other neurodegenerative disorders, particularly early identification and epidemiology, including environmental, clinical and genetic determinants. 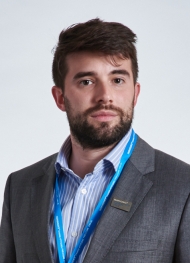