The Killam Seminar Series presents "Chemistry of the adaptive mind: lessons from dopamine"

The seminar will be taking place virtually.

Abstract: The human brain faces a variety of computational dilemmas, including the flexibility/stability, the speed/accuracy and the labor/leisure tradeoff. I will argue that striatal dopamine is particularly well suited to dynamically regulate these computational tradeoffs depending on constantly changing task demands. This working hypothesis is grounded in evidence from recent studies on learning, motivation and cognitive control in human volunteers, using chemical PET, psychopharmacology, and/or fMRI. These studies also begin to elucidate the mechanisms underlying the huge variability in catecholaminergic drug effects across different individuals and across different task contexts. For example, I will demonstrate how effects of the most commonly used psychostimulant methylphenidate on learning, Pavlovian and effortful instrumental control depend on fluctuations in current environmental volatility, on individual differences in working memory capacity and on opportunity cost respectively.

Bio: Roshan Cools is Principal Investigator at the Donders Institute for Brain, Cognition and Behaviour and Professor of Cognitive Neuropsychiatry at the Radboud University Medical Center. She is an expert in the chemical neuromodulation of human cognition and motivation. She completed her undergraduate degree in Experimental Psychology at the University of Groningen, Netherlands, in 1998. She then moved to Trevor Robbins’ lab at the University of Cambridge, UK, for an MPhil degree (1999), a PhD degree (2002), in cognitive neuroscience, a St John’s College Junior Research Fellowship (2002-2006) and a Royal Society Dorothy Hodgkin Research Fellowship (2002 – 2006). She spent two post-doc years at UC Berkeley working with Mark D’Esposito from 2003, before moving back to Cambridge in 2005, where she obtained a Royal Society University Research Fellowship (2006 -2007). In November 2007 she returned to The Netherlands, where she is now also a member of the Royal Netherlands Academy of Arts and Sciences (KNAW) and the Academia Europea. She is also a member of the (Dutch Government) Advisory Council for Science, Technology and Innovation (AWTI, since 2014). 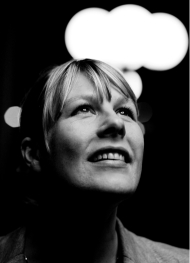