Abstract: Over the past few decades, neuroimaging has become a ubiquitous tool in basic research and clinical studies of the human brain. However, no reference standards currently exist to quantify individual differences in neuroimaging metrics over time, in contrast to growth charts for anthropometric traits such as height and weight. Here, we built an interactive resource to benchmark brain morphology, www.brainchart.io, derived from any current or future sample of magnetic resonance imaging (MRI) data. With the goal of basing these reference charts on the largest and most inclusive dataset available, we aggregated 123,984 MRI scans from 101,457 participants aged from 115 days post-conception through 100 postnatal years, across more than 100 primary research studies. Cerebrum tissue volumes and other global or regional MRI metrics were quantified by centile scores, relative to non-linear trajectories of brain structural changes, and rates of change, over the lifespan. Brain charts identified previously unreported neurodevelopmental milestones; showed high stability of individual centile scores over longitudinal assessments; and demonstrated robustness to technical and methodological differences between primary studies. Centile scores showed increased heritability compared to non-centiled MRI phenotypes, and provided a standardised measure of atypical brain structure that revealed patterns of neuroanatomical variation across neurological and psychiatric disorders. In sum, brain charts are an essential first step towards robust quantification of individual deviations from normative trajectories in multiple, commonly-used neuroimaging phenotypes. Our collaborative study proves the principle that brain charts are achievable on a global scale over the entire lifespan, and applicable to analysis of diverse developmental and clinical effects on human brain structure. 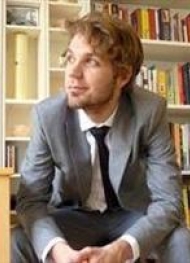 Related Links:
Registration
All recordings in the Feindel Virtual Brian and Mind Seminar at The Neuro
Last updated: 01/26/2022 - 09:24