Feindel Brain and Mind Lecture Series: How critical is brain criticality?: Emergent computation and cognition near the edge of a phase transition

The Feindel Brain and Mind Seminar presents: How critical is brain criticality?: Emergent computation and cognition near the edge of a phase transition

Abstract: Criticality is the singular state of complex systems poised at the brink of a phase transition between order and randomness. Such systems display remarkable information-processing capabilities, evoking the compelling hypothesis that the brain may itself be critical. This foundational idea is now drawing renewed interest thanks to high-density data and converging cross-disciplinary knowledge. Together, these lines of inquiry have shed light on the intimate link between criticality, computation, and cognition. In this talk, I will present an introduction to the theory of critical phenomena and its application in neuroscience. I will lay out the case for the “distance to criticality” in brain dynamics as a relevant neural property for understanding both healthy and pathological changes in cognition and behaviour, one that forms a direct mechanistic link between neurons at the micro scale and computation at the macro scale.

Bio: Jordan O’Byrne is a PhD candidate at the University of Montreal (Canada). He obtained his MSc in Neuroscience at Concordia University, Montreal, where he studied sleep and memory in humans, and during which he co-developed Wonambi, an open source Python toolbox for sleep EEG analysis. Currently, his main research focus is in using models and formalisms from statistical physics and dynamical systems theory to gain a mechanistic understanding of the emergent, low-dimensional aspects of consciousness and cognition, particularly of their variation in atypical states such as mental illness, neurodivergence and pharmacologically induced states. In addition, Jordan is developing a project involving the use of AI-assisted brain decoding to test leading theories of consciousness.

The Feindel Brain and Mind (VBM) Seminar Series will advance the vision of Dr. William Feindel (1918–2014), Former Director of the Neuro (1972–1984), to constantly bridge the clinical and research realms. The talks will highlight the latest advances and discoveries in neuropsychology, cognitive neuroscience, and neuroimaging. 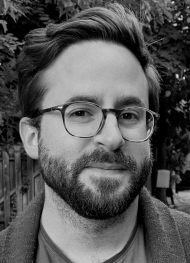