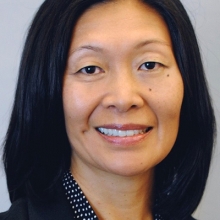 After graduating with a Bachelor of Commerce from McGill in 1989, Priscilla began her career in advertising and worked for global agencies including Saatchi & Saatchi, Ogilvy and McCann, in Paris and New York. Priscilla has developed marketing strategies and integrated communication programs for multi-nationals such as Kraft Foods, Nestlé, General Motors and Motorola.

A sabbatical and 14-month back-packing trip to Australia, New Zealand, Southeast Asia and Southern Africa inspired Priscilla to make a transition into the non-profit sector in 2005. She was able to adapt her business and marketing knowledge and experience to generate awareness and raise funds for Smile Train, as the Vice President, Marketing and Development and grew annual contributions from $22.3M to over $100M in 3 years. She became responsible for worldwide marketing and fundraising for the world’s largest cleft charity and was promoted to Executive Director.

Priscilla has also held the position of Executive Director at World Animal Protection, an international animal welfare charity and at myFace, a non-profit organization dedicated to transforming the lives of children and adults with craniofacial differences.

She currently holds the position of Executive Director at Band of Parents, a non-profit with the mission to find a cure for neuroblastoma pediatric cancer, by funding innovative research and treatment.

Priscilla has an MBA from Richard Ivey School of Business, University of Western Ontario and has been living in New York since 1994.