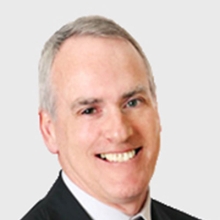 Mr. Murdoch is an active investor and has served on the boards of many private and public companies, including his current portfolio of businesses.  He is the former President of Aston Hill Asset Management, having retired in December 2015.

Mr. Murdoch has a strong track record of leadership and execution in the retail investment world. In late 2003 Mr. Murdoch founded Connor, Clark & Lunn Capital Markets Inc. where, as CEO and President, he raised over $2.5 billion in new assets before Aston Hill acquired the firm in 2013.  Prior thereto, he was Executive Vice-President and Portfolio Manager at AIC Group of Funds. Mr. Murdoch joined AIC in 1993 when the firm managed only $150 million in assets and was instrumental in its growth to over $15 billion as one of the three principals of the business. The funds he managed were the winners of numerous investment awards.

Mr. Murdoch is a member of the Desautels International Advisory Board and a loyal supporter of the University.  He is also active in the community, having co-founded Operation Guardian Force and having been a Governor at Appleby College and on the board of Gold Medal Plates.

Mr. Murdoch and his wife Gisele live in Oakville Ontario and have three children (including Caroline, a 2013 Desautels graduate).