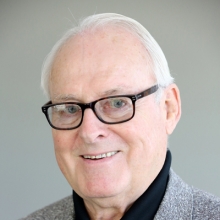 Mr. Desautels is the President and CEO of the Canadian Credit Management Foundation, and the former President and CEO of Creditel of Canada Ltd. Born in Manitoba, he earned both his bachelor and master of laws degrees from the University of Manitoba before joining the Federal Treasury Board.

In 1970, he became president and general manager of Creditel of Canada Ltd.,the country's largest commercial credit reporting and debt recovery bureau. Under his leadership, Creditel grew to serve more than 12,000 corporations across Canada. When the firm was sold, Marcel became president of a private charitable foundation formed with its assets. Called the Canadian Credit Management Foundation, it supports higher education, particularly through endowment of scholarships and chairs in faculties of management. To date, Canadian Credit Management Foundation has made commitments of over 100 million dollars to Canadian Universities. Marcel’s long interest in professional and post‐secondary education includes 15 years as a director of the National Council of the Credit Institute of Canada, an institute that offers professional designation courses in credit management and finance associated with HEC, U of T, and Simon Fraser universities.