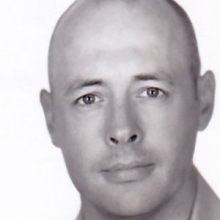 Mr Williams began his career in the energy industry where he provided consulting and training services to clients in North America and EMEA, while based in Canada and the United Kingdom.  His next challenge took him to Australia, working with a team to develop an e-commerce marketplace for consumer goods industry, initially in operations and then taking on a strategy development and execution role. Mr Williams then relocated to Canada and joined the Canadian Imperial Bank of Commerce (CIBC) where he led projects and programs in the retail and investment banking divisions that spanned across Canada, USA, Europe and Asia. Upon returning to the United Kingdom in 2008, Mr. Williams started an independent consulting firm and has led projects, programs and training courses for a variety of clients in Europe primarily in the Financial Services industry while based in the UK. He has since relocated to Toronto, Canada and is working primarily with North American based clients.

Kory graduated from McGill University with a MBA degree in 2004. He also holds a BA (Economics) from the University of Alberta, is a member of the Project Management Institution (PMI®), and is a certified PMP, PRINCE2 and MSP Practitioner.