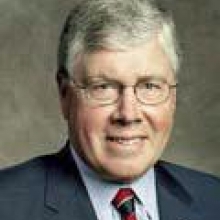 John Cleghorn retired as Chairman and CEO and a director of Royal Bank of Canada (RBC) in 2001. He has served on several corporate and community boards and is currently a director of The Atlantic Salmon Federation, a Member of the First World War Steering Committee of The Canadian War Museum, Chancellor Emeritus of Wilfrid Laurier University, and Governor Emeritus of McGill University.

Born in Montreal July 7, 1941, he graduated from McGill University with a B. Comm. in 1962. He articled with Clarkson Gordon (now Ernst & Young) becoming a chartered accountant in 1964, following which he was a sugar futures trader and from 1966 to 1974 he worked for Citibank and its Canadian affiliate, Mercantile Bank, with assignments in New York, Montreal, and western Canada.

He is an Officer of the Order of Canada, a recipient of the Queen Elizabeth II Diamond Jubilee Medal, a fellow of the Chartered Professional Accountants of Ontario and a fellow of the Quebec Chartered Professional Accountants Order. He is a Companion of the Canadian Business Hall of Fame, an Officer of YMCA Canada’s Fellowship of Honour, and a recipient of the Honorary Associate Award from The Conference Board of Canada. He holds honorary degrees from Acadia, Bishop's, McGill and Wilfrid Laurier Universities.