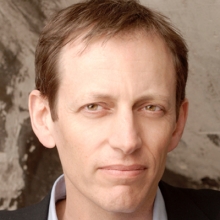 As Chief Executive Officer of Magnetic, James continues to drive the company’s rapid growth and strategic vision. With over 20 years of executive leadership experience across public and private companies, James has successfully lead the expansion of multiple technology firms in the digital media space.

James worked with the The Walt Disney Company for eight years, eventually being named the General Manager of the Japanese market. From Disney, James moved to Pixar Animation Studios where he worked for Steve Jobs as the VP of Marketing and New Business Development. After leaving Pixar, James became a founding partner and CEO of Sabela Media, an Internet ad serving company that was sold to 24/7 Real Media for $70 million following an explosive 18 months of revenue growth. James stayed on at 24/7 Real Media to serve as President of Technology Solutions. At his next position, as CEO of GiantBear, James successfully launched new products with major carriers (Cingular, Rogers AT&T and others) before selling the business to InfoSpace. James then became CEO of PVI, a publicly traded virtual advertising company, which he took private in 2003 before it was sold to Cablevison in May of 2005. James then joined Giant Realm, a vertical ad network, as CEO in January 2007 and sold the company to Burst Media in October 2009.

James has spoken at several industry events including Ad:Tech, dmexco, IAB, DMA, Integrated Marketing Week, MediaPost and J.D. Power Automotive Marketing Roundtable. From 2009 until joining Magnetic in 2011, James fulfilled his lifelong dream of traveling around the world on his sailboat with his wife and two children. He documented the trip at www.SailingOndine.com.