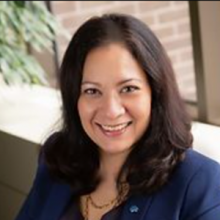 Inez has extensive experience leading cross-sector collaborations with organizations in health research, academia, and international development. She is currently Global Director of VINEx, an initiative of the private medical device company Rocket Science Health, to understand how viruses may affect the central nervous system. She was the Founding President and CEO of the Brain Canada Foundation from 2001 to 2020. When she joined, the organization had about $1 million in assets; over her tenure, Brain Canada grew to become the leading non-governmental funder of brain research in Canada, providing grants totaling $250 million and involving more than 1,000 scientists and clinicians based at 115 institutions across Canada.

She has previously been a member of the US National Institutes of Health BRAIN Initiative Multi-Council Working Group; the Institute of Medicine (of the National Academies) Forum on Neuroscience and Nervous System Disorders; and BrainsCAN, a $66-million investment by the Government of Canada based at the University of Western Ontario, which seeks to create synergies with other Canadian institutions and international partners in the private and public sectors. She currently serves on the Board of Equitas—International Centre for Human Rights Education; is the immediate past President of the McGill Alumni Association, and on the Board of Governors of McGill University; and a mentor through the Loran Scholars Program.

Inez was named one of Canada’s Most Powerful Women: Top 100 by the Women’s Executive Network, in the “Trailblazers and Trendsetters Category” in 2007 and 2016.

Inez holds a BA and MA in English Literature, and an MBA from McGill University; she has also completed the Master of Management program for voluntary sector leaders.