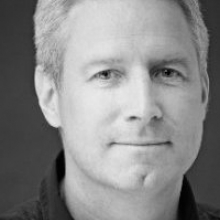 David Reckziegel founded Rex Media Capital Inc. in 2014 to provide strategic and corporate development advisory services to media and entertainment companies in North America. He has provided advice on business development, capital raising, mergers, acquisitions and divestitures to leading media companies in Canada and the U.S.  He has also made investments into media and entertainment businesses where he can be actively involved in their development.

Prior to Rex Media Capital, David co-founded Seville Entertainment (Les Films Seville) in 1995 and was instrumental in building it into Canada’s premier distributor of quality cinema from around the world. In 2007, Seville was acquired by Entertainment One Ltd. (eOne), the world’s leading independent entertainment company.

Prior to working in the entertainment industry, David worked for seven years in Montreal, Toronto and New York as an investment banker with boutique investment firm Omni Capital Inc. and later BMO Nesbitt Burns Inc. with a focus on the media and communications industries.

As a film and TV producer some of his credits include: Shake Hands with the Devil, Heading South (Vers le Sud), Metal: A Headbanger’s Journey, Super Duper Alice Cooper, Wrecked, Russian Ark and A Shine of Rainbows, and the kids live action TV series, Mighty Machines.