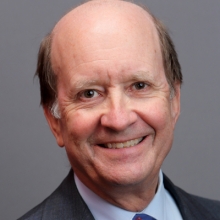 Mr. Laidley has been active in a number of business and philanthropic organizations in Montreal. He served as Chairman of the Board of the Royal Victoria Hospital from 1983 to 1991, and as Chairman of the Royal Victoria Hospital Foundation from 1991 to 1999, president of the McGill Alumni Association from 1986 to 1988, and  also served on the board of the McGill University Health Centre from 2012-2017. He also served on the Boards of the Institute of Corporate Directors, The Fraser Institute, and Pearson College of the Pacific. Mr. Laidley joined the McGill Desautels International Advisory Board in June 2002, and served as Chairman from November 2004 to April 2009. He graduated from McGill University in 1967 with a Bachelor of Commerce degree.