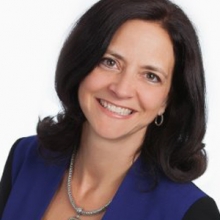 Christine is a highly respected investment specialist with more than 30 years of experience in investment management. She has managed the Investors Québec Enterprise Fund since its creation in 1999. From 2010 to 2015, as Head of Research, she managed the North American and the Global Research analyst teams. Since 2016, with her knowledge and expertise, she has been supporting Consultants on investments and market development for private wealth clients.

Christine has received a variety of industry recognition for her accomplishments. In 2010, she was nominated as one of 100 women leaders of the future in Québec by Entreprendre magazine. In 2012, Premières en affaires magazine designated her as one of the eight best women in finance in Québec. She earned the title of Woman of Distinction 2014, Business and Professional category, of the “Y des femmes”. In 2015, Christine was nominated “Portfolio Manager of the Year” at the Finance et Investissement Top 25 gala. In 2017, the Quebec Enterprise Fund was awarded a Thomson Reuters Lipper Award as well as an A+ FundGrade award.

Furthermore, The Investors Quebec Enterprise Fund was in the top category of the Corporate Knights EcoFund Ranking in 2016 and 2017.

Christine is actively involved in giving back to her community through the l’Oeuvre du Père Sablon and the Mira Foundation.