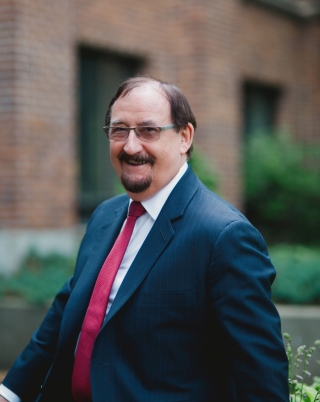 Maurice Moloney was appointed Executive Director and CEO of the Global Institute for Food Security in 2014. Previously, he served as Group Executive, Food, Health and Life Sciences, CSIRO, Australia, and Director and Chief Executive of Rothamsted Research in the UK, the oldest and largest agricultural research centre in Europe. Maurice founded SemBioSys in 1994 and served as its President and then CSO until 2010. Concurrently he was a Professor of Biological Sciences at the University of Calgary and held the NSERC Industrial Research Chair in plant biotechnology.

Maurice began his North American career as Head of the Cell Biology Group at Calgene Inc. where he developed the first transgenic canola plant. Maurice has published over 90 research papers and is inventor on 300+ patents worldwide.  He holds a BSc in chemistry, a PhD in plant biochemistry, and was awarded a DSc honoris causa from universities of De Montfort, Lethbridge, and Lancaster.