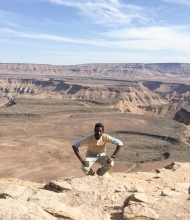 Divided by geography, yet united by the same love of rocks!

Have you been wondering how to increase equity, diversity, and inclusion (EDI) within your McGill communities? If yes, you may be inspired by reading about an event that one department, Earth and Planetary Sciences, has initiated as a way to open conversations and to learn what it’s like to be an international graduate student in Canada. Perhaps you’ll even have ideas about activities that would benefit your own department.

Thanks to the pandemic, we know just how quickly food can disappear from supermarket shelves. But it is hard to gauge the vulnerability of our food production system as a whole to abrupt changes, such as those that could be caused by extreme events such as a nuclear war or massive volcanic eruptions. 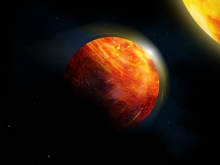 Among the most extreme planets discovered beyond the edges of our solar system are lava planets: fiery hot worlds that circle so close to their host star that some regions are likely oceans of molten lava. According to scientists from McGill University, York University, and the Indian Institute of Science Education, the atmosphere and weather cycle of at least one such exoplanet is even stranger, featuring the evaporation and precipitation of rocks, supersonic winds that rage over 5000 km/hr, and a magma ocean 100 km deep.

Thanks SPF for supporting the Museum!

This summer the McGill Sustainability Projects Fund (SPF) turned ten years old and it marked the occasion by giving the 130 year old Redpath Museum some funding help. Thanks SPF for subsidizing our new outreach project to create a "Museum in a Box" and for help to buy photography equipment so that we could create virtual StoryMap tours such as the McGill Tree Tour and the McGill Stones and fossils tour.

Check here for the launch of both these virtual tours for Homecoming McGill at the end of September.

Museum and Dawson family - news from our connections

The Dawson family and McGill have a long and storied connection. Sir John William Dawson, founder of the Museum in 1882 and Principal of McGill for 38 years died in 1899. His great grandaughter Kathleen Godfrey, graduated in 2019 with Masters in Anthropology. You can read about her conservation and social justice work here. On August 10, 2020, Kathleen's grandmother, Joan Harrington, died at the age of 101.

The Hauffiopteryx altera, a new species of Ichthyosaur discovered by a McGill student Dirley Cortés, a PhD candidate in paleontology with Dr. Hans Larsson, Director of the Redpath Museum, has been described iPalaeontologia Electronica, 23(2):a30.
DOI: https://doi.org/10.26879/937 here.

Thanks for your donations!

Read More
Classified as: STEM Outreach
Category:
Published on: 27 May 2020

Only a few days left to donate to the Redpath Museum's Virtual Fossil kit!

Thanks very much for your donations to the Museum during McGill24 to create a:

This campaign finishes on May 25, 2020. With your continued support we can develop and create more e- resources for teachers and children everywhere to learn about the amazing world of Mesozoic dinosaurs, Devonian flora and ancient Ordovician sea life. All from the Redpath Museum! 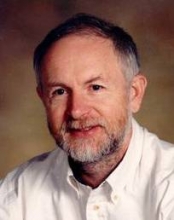 A new study finds volcanic activity played a direct role in triggering extreme climate change at the end of the Triassic period 201 million year ago, wiping out almost half of all existing species. The amount of carbon dioxide released into the atmosphere from these volcanic eruptions is comparable to the amount of CO2 expected to be produced by all human activity in the 21st century. 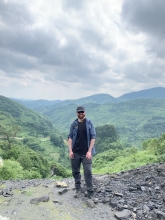 A research team led by McGill University geochemist Peter Douglas has used a new method for measuring the rate at which methane is produced by microbes breaking down thawing permafrost. “There is a lot of concern about methane being released from permafrost, but we don’t know how available carbon that has been frozen for thousands of years is to microbes,” says Douglas, an assistant professor in McGill’s Department of Earth and Planetary Sciences. 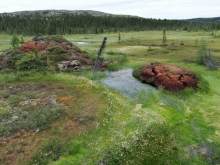 A research team led by McGill University geochemist Peter Douglas has used a new method for measuring the rate at which methane is produced by microbes breaking down thawing permafrost. The breakthrough could lead to an improvement in our ability to predict future releases of the potent greenhouse gas as long‑frozen layers of soil begin to thaw.