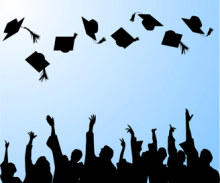 Dr. John F. Harrod, Professor Emeritus in the Department of Chemistry at McGill University passed away peacefully in Montreal on January 26, 2023, in his 89th year. 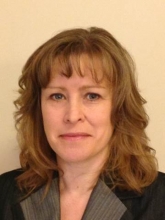 A McGill research team led by Professors Mark Andrews (Department of Chemistry) and David Plant (Electrical Engineering) has shown how the glass-like shells of phytoplankton (diatoms) help these microscopic organisms perform photosynthesis in dim light conditions. Despite amounting to only about 1% of the global plant biomass, phytoplankton account for about 50% of the planet’s photosynthetic activity and at least half of the world’s oxygen production.

McGill Chemistry congratulates Dr. Hélène Seiler on her appointment as an Assistant Professor of Physics in the Free University Berlin! 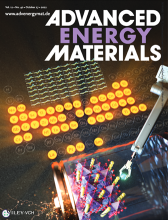 The performance of Li-ion batteries with high-voltage cathodes continues to be impractical for commercial devices due to several materials' limitations. In a recent article in collaboration with Samsung, Eric McCalla and co-workers systematically addressed these issues by using high-throughput screening with dopant selections covering much of the periodic table to achieve dramatically improved energies and extended cycling.

Achievements of McGill Professors celebrated in latest round of NSERC prizes

McGill University announced that six of its Professors (two individually, four as part of a multi-institutional team) have been declared winners of this year’s Natural Sciences and Engineering Research Council of Canada (NSERC) prizes. These prestigious awards range from individual awards for innovative discoveries by young researchers to recognitions of lifetime achievement and influence. The McGill-based recipients are as follows: 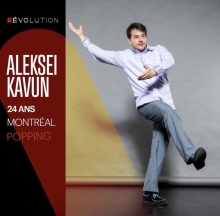 Dance in support of Ukraine

Our own Aleksei Kavun, a Ph. D. student from the Li lab, participated in the Révolution dance competition with a political message supporting Ukraine. His heartfelt dance was broadcasted on the TVA channel on September 18th. Aleksei's Ukrainian father, Mikhail Kavun, was illegally detained in Russia and later recognized as a political prisoner. On the stage of the Révolution, Aleksei sent his message of support to his father and all victims of the ongoing war in Ukraine, as well as political prisoners in Russia. 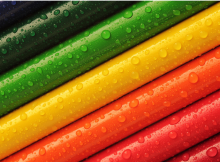 Come join our faculty! Apply to our faculty position in Polymer Chemistry before October 15 2022

We are currently holding a search for our next faculty member. Please share widely the job post for an assistant professor position in Polymer Chemistry. Find out all the information here: https://www.mcgill.ca/chemistry/jobs/faculty-positions.

A Novel Technology for Real-time Detection of Toxic Particle Contaminants in a blink of an eye! 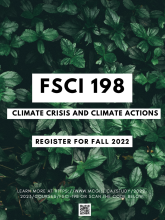 Meeting the climate crisis with resilience and collaborative action

McGill undergraduates have a unique opportunity to expand their climate science literacy and acquire tools for taking action to reduce the impacts of the unfolding climate crisis.

Registration is now open to students in every program for FSCI 198: Climate Crisis and Climate Actions, a new undergraduate course featuring a team of multi-disciplinary instructors who will present diverse perspectives on the scientific and social dimensions of climate change. Each mistletoe berry can produce up to two metres of a gluey thread called viscin. It allows the seeds of this parasitic plant to stick to and infect host plants. Since ancient times, mistletoe berries have been explored as treatments for everything from infertility and epilepsy to cancer. But, until now, no one has fully investigated the potential medical or technical uses of the glue itself. 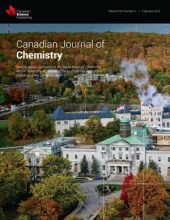 2021 marked McGill’s bicentennial and the department produced a Special Issue in the Canadian Journal of Chemistry  to celebrate this important hallmark and provide an overview of the breath of research produced by our community. This special occasion also was a good time to reflect on our recent past, and this the Special issue includes an overview of the Department’s history from 1965-2019. The contributions to the Special Issue came from lead authors, who were former Ph.D. students or past and present faculty members.

Founding members of the award-winning McGill Chemistry Outreach program have documented the inception and work of the group in Beyond exploding balloons- bringing the science of chemistry to the public, a new piece in the Canadian Journal of Chemistry.

Visualizing how polarons form in the best thermoelectric material yet developed

Thermoelectrics can generate electrical power from waste heat and could make an important contribution to sustainable energy production if their efficiency is improved. Engineering efficient thermoelectrics, however, requires a sophisticated understanding of the fundamental interdependencies between electrical and thermal transport, for which improvements in our understanding of how charge carriers are coupled to lattice vibrations (phonons) is needed.