Mini-Neptunes and super-Earths up to four times the size of our own are the most common exoplanets orbiting stars beyond our solar system. Until now, super-Earths were thought to be the rocky cores of mini-Neptunes whose gassy atmospheres were blown away. In a new study published in The Astrophysical Journal, astronomers from McGill University show that some of these exoplanets never had gaseous atmospheres to begin with, shedding new light on their mysterious origins.

The core mass of the giant exoplanet WASP-107b is much lower than what was thought necessary to build up the immense gas envelope surrounding giant planets like Jupiter and Saturn, according to a Canadian-led team of astronomers, including McGill University Professor Eve Lee.

Discovery of a fast radio burst that pulses at regular intervals

A Canadian-led team of astronomers, including researchers from McGill University, has discovered that a repeating fast radio burst (FRB) originating from a nearby galaxy pulses at regular intervals.

Crowdmark – an online grading tool developed especially to handle large classes – has been attracting a growing following across North America, with members of McGill’s own Faculty of Science among its most ardent enthusiasts. Kira Smith, reporter-at-large for the OSE, went undercover to find out more. 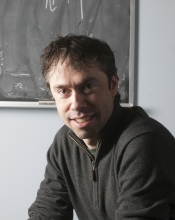 McGill University astrophysicist Matt Dobbs is the recipient of the 2019 Killam Research Fellowship in Natural Sciences.

The announcement was made today by the Canada Council for the Arts, which revealed this year's winners of the prestigious Killam Program, composed of the Killam Prizes and the Killam Research Fellowships.

The Large Hadron Collider (LHC) at the European Organization for Nuclear Research (CERN), the most massive and complex science experiment in human history, is a prime example of global achievement through collaboration. Driven by a multinational community of researchers, engineers, and technicians from over 100 countries, the LHC has enabled us to push the boundaries of scientific knowledge.

Cosmologist Jonathan Sievers and international-relations scholar Jennifer Welsh will become Canada 150 Research Chairs at McGill University. The appointments were among the 24 Chairs announced today at the Canadian Museum of History in Gatineau, Quebec, by Minister of Science Kirsty Duncan.

The afterglow from the distant neutron-star merger detected last August has continued to brighten – much to the surprise of astrophysicists studying the aftermath of the massive collision that took place about 138 million light years away and sent gravitational waves rippling through the universe. 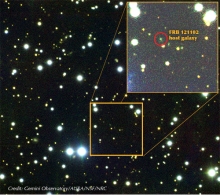 Homing in on source of mysterious cosmic radio bursts

Astronomers have pinpointed for the first time the home galaxy of a Fast Radio Burst, moving scientists a step closer to detecting what causes these powerful but fleeting pulses of radio waves. FRBs, which last just a few thousandths of a second, have puzzled astrophysicists since their discovery a decade ago.

How migratory cells find their way through body tissue

A new study published in Nature Communications could help biologists understand how various types of migratory cells, such as immune cells, find their way through tissues in the human body. 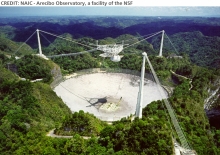 Astronomers for the first time have detected repeating short bursts of radio waves from an enigmatic source that is likely located well beyond the edge of our Milky Way galaxy. The findings indicate that these “fast radio bursts” come from an extremely powerful object which occasionally produces multiple bursts in under a minute. 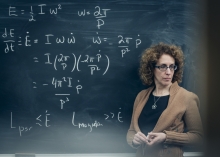 The Natural Sciences and Engineering Research Council of Canada (NSERC) has named McGill University astrophysicist Vicky Kaspi as this year’s recipient of the Gerhard Herzberg Canada Gold Medal for Science and Engineering, NSERC’s highest honour, in recognition of the excellence and influence of her research contributions.

Want to rewire a neuron? You’ve got to take it slow