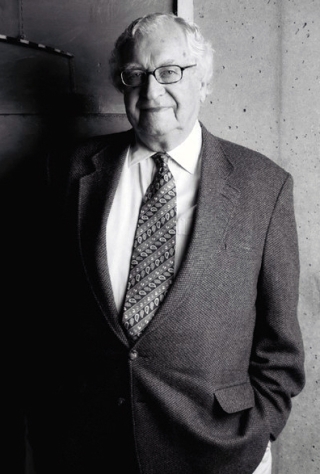 The McGill Library is pleased to present an innovative exhibit on the work of Robert Reid, including over 20 book designs and a selection from more than 250 pieces of job printing viewable on a Touch Table. It features more than 50 samples of new graphic designs from Reid’s current work as Digital Experimental Typographer.

Robert R. Reid is one of the most illustrious typographers and graphic designers ever to work in Canada, and is a leader of the private press tradition in this country. He spent more than ten years in Montreal from1963 to 1976. Reid was recruited to McGill for the position of Designer and Production Manager for the McGill University Press, a responsibility he held for five or more years. The Lande Bibliography (1965) and Portrait of a Period (1967), are two of the outstanding productions achieved under his direction during that time.  The Lande Bibliography is a celebration of the McGill’s first historical collection of Canadiana, collected by Dr. Lawrence Lande (1906-1998). Reid set up the “Redpath Press”, a private press for fine letterpress productions like this one. The Portrait of a Period, was a collaboration involving a team of experts working on the techniques in photo reproduction. The exquisite effect of the William Notman photos reproduced on a special matte paper earned Reid a mention by the MOMA.  The Salmon Portfolio (1974) is the third fabulous, limited book edition accomplished during the “Montreal” period. It was designed and produced for the Canadian government in their efforts to save Canada’s salmon industry. Printed in 2,000 copies, it comes with spectacular prints by a number of artists printed on choice papers in an elaborate binding.

On display are these and a good number of MUP imprints (McGill University Press), the precursor to the McGill-Queen’s Press, demonstrating Reid’s skill as a designer for the scholarly book trade. Later, as Director for a new Publications Service at McGill University, Reid served the needs of multiple departments for various kinds of “job printing”- programmes, booklets, event posters and other ephemera. He was also a freelance graphic designer in Montreal through to 1976, during which time he designed for local businesses, educational institutions, cultural organizations, galleries and antiquarian dealers. After leaving Montreal, Reid spent “23 wonderfully happy years” printing and designing books for major New York publishers and operating a private press out of New Haven.  Reid returned to Vancouver in the late 1990s where he presently resides.

The William G. Colgate History of Printing Collection is a major repository for Reid material, housing a comprehensive record of Reid's production, particularly of the “Montreal” period, extending from 1963 to 1976. A bibliography of the works of Robert Reid from the Vancouver period starting in 1949 is available in Reid’s Leaves (Heavenly Monkey: 2001); and in Reid’s privately printed memoirs in an extremely limited print run entitled: Printing, a lifelong addiction: a nostalgic trip down memory lane, (2002-2007), five volumes, in 13 parts.

This exhibit is part of a continuous, multi-site collaboration with the CURATORIAL RESEARCH PROJECT of CAUSA (Collective for Advanced & Unified Studies in the Visual Arts) including the special collections branches of: