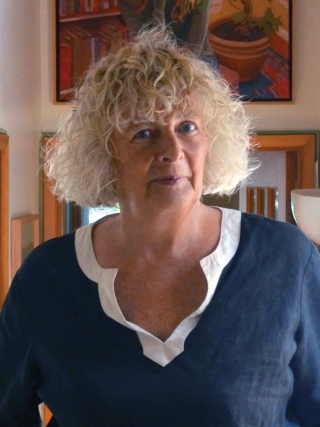 Medical oddities, considered weird and exotic, became staple attractions at fairs and cabinets of curiosity very early on. In many cases, human beings were exhibited in circuses as “freaks,” exploited and abused. Join Alberto Manguel and Susan Swan, author of The Biggest Modern Woman of the World (about the famous Nova Scotia giantess), in addition to other novels, for a discussion of the scandalous phenomenon of the “human zoos” popular in the eighteenth, nineteenth and well into the twentieth centuries. Related items from the Osler Library of the History of Medicine and the Maude Abbott Medical Museum will be highlighted.

This event is presented in collaboration with the Friends of the McGill Library.

Susan Swan's critically acclaimed fiction has been published in fifteen countries and translated into eight languages. Rights for a television series based on Swan's first novel The Biggest Modern Woman of the World have recently been sold to Temple Productions, whose projects include the TV series Orphan Black. Nominated for the Governor General's Literary Award and Books in Canada's first novel award, The Biggest Modern Woman of the World tells the life story of a giantess who exhibited with P.T. Barnum. Swan's last novel, The Western Light published in 2012 is a prequel to The Wives of Bath, her bestselling gothic novel about a murder in a girls' school. A finalist for the Guardian Fiction Prize and the Trillium Book Award, The Wives of Bath was made into the feature film Lost and Delirious, shown in 32 countries. A previous novel What Casanova Told Me was a finalist for the Commonwealth Writers' Prize; it was named a top book of the year by The Globe and Mail and published by Knopf, Canada, Bloomsbury US and in Spain, Russia, Poland, Serbia and Portugal. Swan's other novels include The Last of the Golden Girls, published in Canada and the US, and Stupid Boys are Good to Relax With. Swan lives in Toronto. She was awarded York University's Robarts Chair in Canadian Studies in 2000.

Alberto Manguel is an Argentinian-Canadian writer, translator, editor and critic, born in Buenos Aires in 1948. He has published several novels, and non-fiction, including Packing My Library, Curiosity, With Borges, A History of Reading, The Library at Night and (together with Gianni Guadalupi) The Dictionary of Imaginary Places. He has received numerous international awards, among others the Commander of the Order of Arts & Letters from France, the Formentor Prize and the Alfonso Reyes Prize in 2017, and the Gutenberg Prize 2018. He is doctor honoris causa of the universities of Ottawa and York in Canada, and Liège in Belgium and Anglia Ruskin in Cambridge, UK. Until August of 2018 he was the director of the National Library of Argentina.