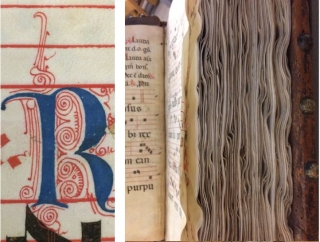 A special exhibition and light reception will follow the event.

THE EVENT IS NOW FULL. Add your name to the waiting list here

Hosted by  ROAAr, McGill Library and the Schulich School of Music. Supported by the Social Sciences and Humanities Council of Canada

Professor Cumming's major area of expertise is late Medieval and Renaissance polyphony. Her current work looks at fifteenth- and sixteenth-century compositional process, with emphasis on the connections between historical improvisation and composition. She is the co-leader (with Ichiro Fujinaga, PI) of a SSHRC Partnership Grant, “SIMSSA: Single Interface for Music Score Searching and Analysis” (2014-2021; https://simssa.ca/).