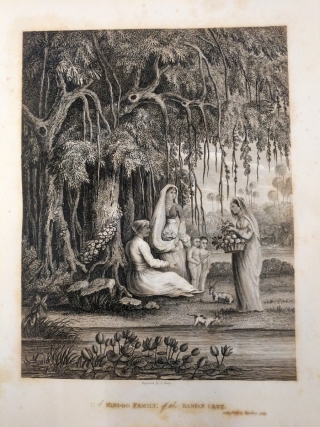 Taken individually, artist and writer James Forbes' works are deceptive. There is the not too inspiring account of a "grand tour" in manuscript form, a collection of letters giving a somewhat dismayed description of France on the eve of the first empire and a book on India marvelously illustrated by a young romantic artist. Read together, however, they throw a singularly interesting light on two of the main events of the time: the effect of the French revolution on various countries of Europe and the rocky development of the British colonial empire. They also raise questions about Forbes' reaction to some of the controversies that divided public opinion in England. Was he completely blind to the exactions of the East India Company? Did he really believe that Christianisation would make Indians happy? And, above all, how do we judge people of the past?

Born in Brussels, Ethel Groffier has a Doctorat en droit from the University of Brussels and a D.C.L. from McGill University. After working in Geneva Switzerland, then at the Civil Code Revision Office of Quebec, Groffier taught at McGill’s Faculty of Law specializing in Conflict of Laws and legal terminology from 1972-1996. In 2000, she was appointed Emeritus Researcher at the Paul-André Crépeau Centre for Private and Comparative Law. Her research interests include the Enlightenment.

James Forbes (1749-1819) was born in London and went to Bombay in 1765 as a writer for the East India Company. He remained there until 1784. A good draughtsman and a keen observer, he filled 52,000 manuscript pages with notes on the natural history, archaeology, and religious and social life of India; these were later digested into his Oriental Memoirs, published between 1813 and 1815. This work remains a valued document of the natural history and culture of late 18th century India, by both Western and Indian scholars. It also comprises observations on parts of Africa and South America. After his return to England he married Rose Gaylard (1788), and spent considerable time travelling on the Continent.

William Hooker (1779-1832) was a British botanical artist, particularly esteemed for his depictions of fruit, who gave his name to the paint color Hooker’s Green. He served as the official artist to the Horticultural Society of London from 1812 to 1820. Hooker engraved the drawings of James Forbes for the Oriental Memoirs (1813-15). This four-volume edition will be on display along with several related works by Forbes, or showcasing unpublished work.