Faculty symposium on the future of academic research libraries 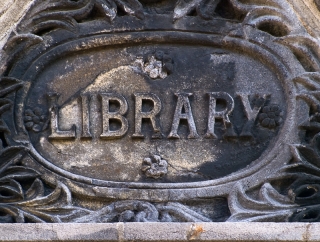 Can't attend in person? Watch remotely! This event will be live streamed here.

How will library spaces, services and collections support your aspirations for research, teaching, and learning at McGill?

Join us for this half-day symposium for McGill faculty featuring thought leaders with extensive experience in the academic, scholarly publishing and research library world who will address the changing environment for academic research libraries and the evolving role of digital and print collections.

Larry Alford, Chief Librarian, University of Toronto Libraries: Prior to his appointment as Chief Librarian at the University of Toronto in 2011, Larry Alford served as the vice-provost for libraries, university librarian and dean of university libraries at Temple University in Philadelphia. Alford has a long and distinguished library career. Prior to joining Temple in 2005, he spent 30 years with his alma mater, the University of North Carolina at Chapel Hill. While at North Carolina, he served in a variety of positions, including deputy university librarian and interim university librarian. At Temple, he was responsible for a library system that includes the five libraries of the Paley library system, the Ginsburg Health Sciences Library, and the Podiatric Medicine Library and also for the Temple University Press which publishes approximately 60 scholarly monographs per year. During his tenure there, he has led a transformation of the Temple library system. His engagement in numerous library operations, including the development of print and electronic collections, library services, and the renovation and building of libraries, has resulted in a superb vision for research libraries in the 21st Century. Alford has a lengthy and successful record of leadership in co-operative activities among libraries, first in North Carolina and then nationally and globally, culminating in his chairing for the last four years the board of trustees of OCLC (Online Computer Library Center), a global library cooperative that serves 72,000 libraries. He earned both his bachelor’s degree and his MLS at the University of North Carolina at Chapel Hill and he received the Distinguished Alumnus Award from the School of Information and Library Science in May 2005.

Chris Bourg, Director, MIT Libraries: Chris Bourg is the new director of the MIT Libraries, effective February 2015. Bourg comes to MIT from Stanford University, where she served as associate university librarian for public services. At Stanford, Bourg oversaw the largest division of the Stanford University Libraries, with six branches and a collection of more than 4 million volumes. Bourg joins the MIT Libraries and MIT Press at a pivotal time, and will play an important role in guiding the redesign and renovation of library spaces. She will also lead the exploration of the Libraries’ role in new modes of learning and global engagement, and advance MIT’s commitment and influence in the area of scholarly communication and open access.

Harriette Hemmasi, Joukowsky Family University Librarian, Brown University Libraries: Prior to joining Brown University in 2005, Harriette Hemmasi served as the executive associate dean of libraries at Indiana University at Bloomington. As University Librarian at Brown University, Hemmasi oversees the five libraries in Brown University’s library system and provides leadership in supporting the University’s Plan for Academic Enrichment. As executive associate dean of libraries at Indiana University, Hemmasi provided oversight for collection development, preservation, public services, technical services and operations of the 16 libraries on the Bloomington campus. She previously was associate dean of libraries and director of technical services, with responsibilities for the arts, humanities and social science libraries on the Bloomington campus. She also served as interim associate university librarian for technical and automated services at Rutgers University (1998-2000) and music librarian at Rutgers (1989-1998). Hemmasi received her master’s in library and information science from the University of California–Berkeley, a master’s in music from Indiana University, and a bachelor’s in music from Baylor University. She lived in Iran and taught music at Shiraz University from 1971-80. While at Indiana University, Hemmasi maintained her research interests in online access to music and information about music by participating as an investigator in a research project called “Variations2 – Digital Music Library at I.U.” She has written several papers and given numerous national and international presentations on music metadata, the creation of a music thesaurus, and issues related to form and genre access to music.

Clifford Lynch, Director, Coalition for Networked Information: Clifford Lynch has led the Coalition for Networked Information (CNI) since 1997. CNI, jointly sponsored by the Association of Research Libraries and EDUCAUSE, includes about 200 member organizations concerned with the intelligent uses of information technology and networked information to enhance scholarship and intellectual life. CNI’s wide-ranging agenda includes work in digital preservation, data intensive scholarship, teaching, learning and technology, and infrastructure and standards development. Prior to joining CNI, Lynch spent 18 years at the University of California Office of the President, the last 10 as Director of Library Automation. Lynch, who holds a Ph.D. in Computer Science from the University of California, Berkeley, is an adjunct professor at Berkeley’s School of Information.  He is both a past president and recipient of the Award of Merit of the American Society for Information Science, and a fellow of the American Association for the Advancement of Science and the National Information Standards Organization. In 2011 he was appointed co-chair of the National Academies Board on Research Data and Information (BRDI); he serves on numerous advisory boards and visiting committees. His work has been recognized by the American Library Association’s Lippincott Award, the EDUCAUSE Leadership Award in Public Policy and Practice, and the American Society for Engineering Education’s Homer Bernhardt Award.