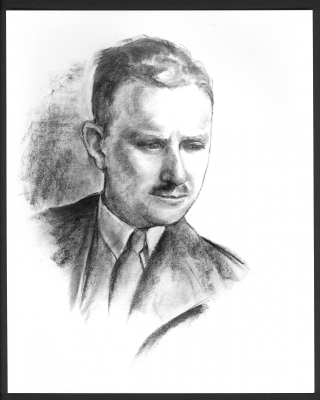 That there can be no peace unless human rights and freedoms are respected - John Peters Humphrey, 1947

John Peters Humphrey championed the progression of human rights throughout the 20th century.   He is most well-known for being the first Director of the Human Rights Division at the United Nations, from 1946-1966.  He was recruited by Assistant Secretary- General Henri Laugier and Chairman Eleanor Roosevelt to write the first draft of the Universal Declaration of Human Rights. This exhibit highlights the life of the man who measured success not in how much money he made or his fame, but on one’s contributions to humanity and in being able to say “the world is a better place to live in because that man lived” (Letter to Ruth, 1931)

The exhibit explores the life of John Humphrey.  The personal side of him that people seldom got to see, his academic life as both a student and a professor of law, and most importantly, his life in human rights both during his position at the United Nations and after.

The exhibit is located in the fourth floor lobby and will be up from March 5-April 27, 2018.  Accompanying it is a touch-table exhibit, where visitors can interact with different materials throughout his life, and be able to listen to audio clips spoken by John Humphrey.

Out of the Archive: Bringing the John Peters Humphrey Collection into the classroom