Exhibit opening lecture | Collecting the world to know the world: reconstructing the meta-data of the Enlightenment through Sir Hans Sloane’s paper tools and objects 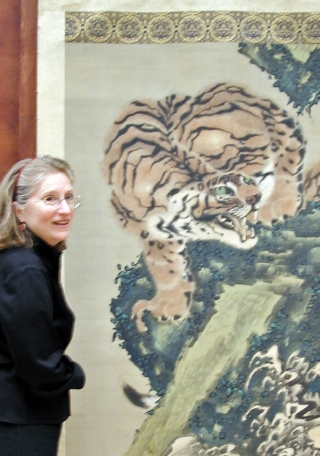 McGill Rare Books and Special Collections is honoured to welcome Dr. Kim Sloan, curator of British Drawings and Watercolours at the British Museum, for a special exhibition lecture to launch to our newest exhibit "Fantastic Beasts and Where to Find them at McGill".

Lecture description: The vast collections of Sir Hans Sloane (1660-1753), were the foundations of three national institutions – the British Museum, the Natural History Museum and the British Library. A royal physician and natural philosopher of insatiable curiosity, secretary and president of the Royal Society, Sloane’s attempt to encompass the world and its knowledge through the creation of an encyclopaedic collection to be left to the Nation was one of the greatest acts of civic humanism in the Enlightenment. His collections of books, manuscripts, natural history, art, antiquities and ethnographic materials from around the world were a pivotal site of knowledge production and circulation. Sloane considered ‘The collection and accurate arrangement of these curiosities constituted my major contribution to the advancement of science.’ He personally classified, cross-referenced and documented his collections and correspondence network in around 50 manuscript catalogues, five of which have been the focus of a recent Leverhulme Trust research project. This talk will briefly examine his life and its determining factors, recent efforts to reconstruct his collections (physically and virtually) with particular reference to his ‘Miscellaneous’ catalogue, before ending with an overview of Sloane’s 100 albums of over 20,000 drawings - his own ‘paper museum’.

Kim Sloan, BA (UofT), PhD (London), F.S.A., has been the curator of British Drawings and Watercolours at the British Museum since 1992 and has written several books on landscape drawing including monographs on Alexander and John Robert Cozens (Yale 1986) and J.M.W. Turner (BM 1998) as well as studies of Victorian painting in the Beaverbrook Art Gallery (1989) and A Noble Art: Amateur Artists and Drawing Masters1600-1800 (BM 2000). In 2003 she was also appointed the Francis Finlay Curator of the Enlightenment Gallery and her books and exhibitions at the BM have included Vases and Volcanoes and In Search of Classical Greece (1996 and 2013, both with Ian Jenkins), Enlightenment: Discovering the World in the 18th century (2003), A New World: England’s first view of America (2006) and The Intimate Portrait (2013; with the Scottish NPG). She co-convenes an MA on 18th century studies with King’s College London and is Principle Investigator on a Leverhulme Research Project on Sir Hans Sloane’s manuscript catalogues of his collection. The exhibition to accompany Places of the Mind: British landscape watercolours and drawings 1850-1950 (Thames & Hudson) in the Prints and Drawings gallery in the British Museum (Feb- Aug. 2017) attracted over 400,000 visitors.