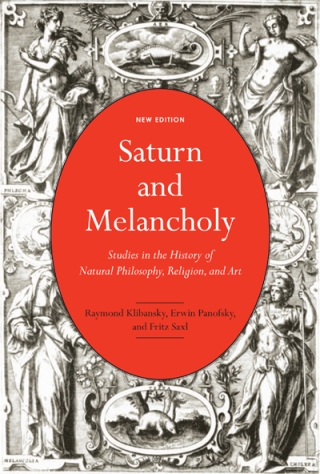 Join McGill-Queen's University Press and ROAAr for a conversation around the augmented edition of the famed Warburgian interdisciplinary study on saturnine melancholy.

RSVP REQUIRED. Thank you for your interest in this event. The book launch is now filled to capacity.

Philippe Despoix is professor of comparative literature at Université de Montréal and co-editor of Raymond Klibansky and the Warburg Library Network: Intellectual Peregrinations from Hamburg to London and Montreal.

Georges Leroux is emeritus professor in the Department of Philosophy at Université du Québec à Montréal, co-editor of Raymond Klibansky and the Warburg Library Network: Intellectual Peregrinations from Hamburg to London and Montreal, and author of Partita for Glenn Gould: An Inquiry into the Nature of Genius.

Alberto Manguel is an Argentinian-Canadian writer, translator, editor and critic, born in Buenos Aires in 1948. He has published several novels, and non-fiction, including Packing My Library, Curiosity, With Borges, A History of Reading, and The Library at Night. He was appointed Officer of the Order of Canada and he is doctor honoris causa of the universities of Ottawa and York in Canada, and Liège in Belgium and Anglia Ruskin in Cambridge, UK. Until August of 2018 he was the director of the National Library of Argentina.

Jillian Tomm, is a librarian and co-editor of Raymond Klibansky and the Warburg Library Network: Intellectual Peregrinations from Hamburg to London and Montreal.

Saturn and Melancholy: Studies in the History of Natural Philosophy, Religion, and Art (New Edition) by Raymond Klibansky, Erwin Panofsky and Fritz Saxl

With a preface by Bill Sherman

Saturn and Melancholy remains an iconic text in art history, intellectual history, and the study of culture, despite being long out of print in English. Rooted in the tradition established by Aby Warburg and the Warburg Library, this book has deeply influenced understandings of the interrelations between the humanities disciplines since its first publication in English in 1964.

This new edition makes the original English text available for the first time in decades. Saturn and Melancholy offers an unparalleled inquiry into the origin and development of the philosophical and medical theories on which the ancient conception of the temperaments was based and discusses their connections to astrological and religious ideas. It also traces representations of melancholy in literature and the arts up to the sixteenth century, culminating in a landmark analysis of Dürer's most famous engraving, Melencolia I. This edition features Raymond Klibansky's additional introduction and bibliographical amendments for the German edition, as well as translations of source material and 155 original illustrations. An essay on the complex publication history of this pathbreaking project - which almost did not see the light of day - covers more than eighty years, including its more recent heritage.

Making new a classic book that has been out of print for over four decades, this expanded edition presents fresh insights about Saturn and Melancholy and its legacy as a precursor to modern interdisciplinary studies.