ANTHONY RICCIARDI, a scientist at McGill University, was looking for evidence that an invasive Asian clam had colonised a warm spot in the St Lawrence river when a member of his team made a more headline-worthy discovery

MCGILL researchers hope to further agricultural productivity in the Caribbean (at Bellairs Research Institute, Barbados) with the development of greenhouse technology specially suited for this part of the world.

McGill University in Montreal, Quebec, currently spends 47 percent of its food budget on produce from its own on-campus farm and from growers within 300 miles of the campus. 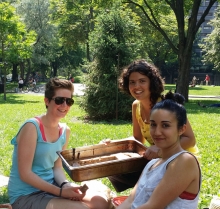 A collection of students and community members gathered outside Burnside on Wednesday to share their final ‘garden meal’ of the season, put together largely from vegetables grown right on the McGill downtown campus thanks to the efforts of Midnight Kitchen volunteers. 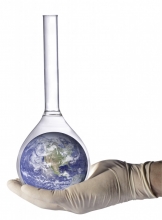 A new branch of science aims to do away with the toxic waste that’s associated with industrial manufacturing and some of the brightest lights in this green chemistry movement are pursuing their research at McGill.

Christopher Barrington-Leigh of McGill University in Montreal measured sprawl by looking at construction of streets and how many roads meet at intersections to form corners or nodes. 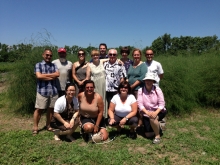 When McGill adopted its first Procurement Policy in spring 2013, it gave Procurement Services the mandate to establish a culture of sustainable procurement practices at McGill and in its wider community. 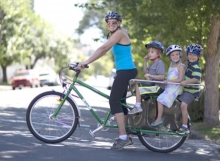 Cyclists in Montreal and Toronto can now choose the least polluted routes to get around their cities thanks to an online tool developed at McGill.

Kakwiranoron Cook, McGill's aboriginal outreach administrator, would like to see the university put up a more noticeable monument. 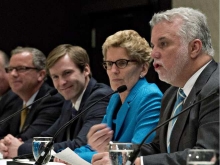 We were heartened last week to see leaders of Canada’s provincial and territorial governments meet in Quebec City to seek real solutions to the runaway problem of carbon pollution. 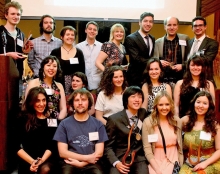 The Divest McGill group, which is conducting a campaign to persuade the University to divest from companies associated with the production of fossil fuels, was one of the winners of the Catalyst Awards handed out on April 13, at the fifth annual Office of Sustainability event held at the Faculty Club.