After an extensive consultation process with over 500 McGill community members, the university launched its Climate & Sustainability Action Plan.

Expanding cycling facilities and infrastructure on campus is a component of McGill's overarching plan to achieve carbon neutrality by 2040. 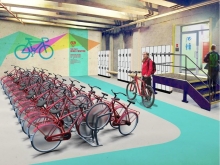 "As part of its commitment to sustainability, the university will upgrade the energy systems in its buildings and increase bike parking across campus." 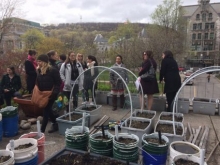 Recently, the McGill Office of Sustainability brought together some 50 staff members to get outside and garden together as part of the Staff Community Garden project. Organizers want to give McGill staff a new way to connect, learn about gardening, and get engaged in other sustainability initiatives around campus.

Funded by McGill’s Sustainability Project Fund (SPF), The Little Free Library Initiative is looking for a project assistant. As a member of the coordinating committee, you will engage and network with fellow graduate students and faculty at McGill and other Canadian universities to help realize the project. 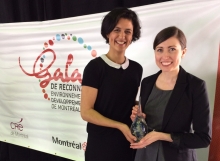 On April 3, the McGill Office of Sustainability (MOOS) hosted its seventh annual Catalyst Awards Gala. Over 100 people gathered at the McCord Museum to celebrate individuals and teams who have made lasting contributions to the sustainability of the University.

At a ceremony in Halifax on February 25, McGill was named Fair Trade Campus of the Year by Fairtrade Canada, making us No. 1 among the 21 designated fair trade campuses across Canada. The award was granted by an independent panel of judges to the campus with the strongest commitment to fair trade.

McGill University manages a stock of buildings of over 600,000 m² which are on average fifty years of age and older.  A leader in education and research, McGill is characterized by very research-intensive activities, a travelling population, and high energy intensity. 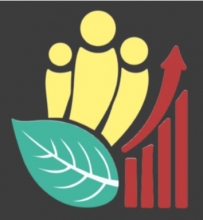 Are you interested in increasing the sustainability of events on campus?

Do you want to be part of a team of motivated students?

The McGill Sustainable Events project is hiring volunteers for the Sustainable Events Ambassador team! Join a group of like-minded students who will liaise with event organizers to ensure that their events are organized more sustainably--including social, economic and environmental considerations.

A carbon-neutral McGill? Have your say and join the conversation

After six months, 11 consultation events, and hundreds of ideas gathered online and in person, the McGill Office of Sustainability (MOOS) is inviting the McGill community to share their thoughts on possible targets for the Vision 2020 Sustainability and Climate Action Plan.

Looking for part-time work where you can geek out in spreadsheets and flex your organization skills? Consider joining the McGill Office of Sustainability team as a Sustainability Projects Fund (SPF) Administrative Intern!

The Sandbox | by: Mandakini Chandra 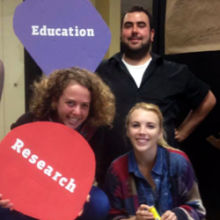 Work with the McGill Office of Sustainability!

One of the most vital components of the work of the McGill Office of Sustainability (MOOS) is communicating with the wider community about our challenges and milestones on the path towards sustainability.

To help with this task, MOOS is hiring TWO interns: