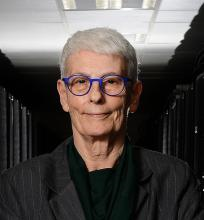 Dr. Orna Berry is a renowned entrepreneur, known for promoting excellence and innovation in Israel. Dr. Berry has held various key positions including Chief Scientist and Director of the Industrial Research and Development Administration. Dr. Berry co-founded ORNET Data Communication Technologies, which was acquired by Siemens. She was Research Fellow at UNISYS and IBM and Chief Scientist and Program Manager at Fibronics. She also served as Chairman of the Board at PrimeSense, later acquired by Apple. Since 2011, Dr. Berry has served in executive positions at Dell EMC, and recently stepped down from her responsibilities as VP Dell EMC, General Manager, Israel Center of Excellence.