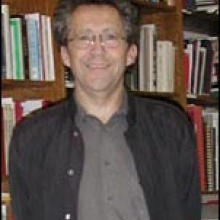 Alberto Pérez-Gómez was born in Mexico City in 1949 and became a Canadian Citizen and a Quebec resident in 1987. He obtained his undergraduate degree in architecture and engineering in Mexico City, did postgraduate work at Cornell University, and was awarded a Master of Arts and a Ph.D. by the University of Essex in England. He has taught at universities in Mexico City, Houston, Syracuse, and Toronto, at the Architectural Association in London, and was Director of the Carleton University School of Architecture from 1983 to 1986. He has lectured extensively worldwide.

His numerous articles have been published in the Journal of Architectural Education, AA Files, Arquitecturas Bis, Section A, VIA, Architectural Design, ARQ, SKALA, A+U, Perspecta, and many other periodicals. His first book in English, Architecture and the Crisis of Modern Science (MIT Press, 1983) won the Alice Davis Hitchcock Award in 1984, a prize awarded every two years for the most significant work of scholarship in the field.

In January 1987 Pérez-Gómez was appointed Saidye Rosner Bronfman Professor of the History of Architecture at McGill University, where he directs the History and Theory option. From March 1990 to June 1993, he was also the Founding Director of the Institut de recherche en histoire de l'architecture, a research institute which he instigated, co-sponsored by the Canadian Centre for Architecture, the Université de Montréal and McGill University. Students of Dr. Pérez-Gómez now teach most Canadian architecture programs, and in many North American and European Universities.

Dr. Pérez-Gómez is the author of Polyphilo or The Dark Forest Revisited (MIT Press, 1992), an erotic narrative/theory of architecture that retells the love story of the famous fifteenth century novel/treatise Hypnerotomachia Poliphili in late twentieth-century terms, a text that has become the source of numerous projects and exhibitions (http://www.polyphilo.com). He was co-editor of the well-known book series CHORA: Intervals in the Philosophy of Architecture vol. 1-7 (McGill-Queen’s University Press), which collects essays exploring fundamental questions concerning the practice of architecture through its history and theories. He co-authored a major book with Louise Pelletier, Architectural Representation and the Perspective Hinge (MIT Press, 1997), tracing the history and theory of modern European architectural representation, with special reference to the role of projection in architectural design. In Built Upon Love: Architectural Longing after Ethics and Aesthetics (MIT Press, 2006), Pérez-Gómez examines points of convergence between ethics and poetics in architectural history and philosophy, and draws important conclusions for contemporary practice. His most recent title, Attunement, Architectural Meaning after the Crisis of Modern Science (MIT Press, 2016) calls for an architecture that can enhance our human values and capacities, an architecture that is connected--attuned--to its location and its inhabitants. Architecture, Pérez-Gómez explains, operates as a communicative setting for societies; its beauty and its meaning lie in its connection to human health and self-understanding.