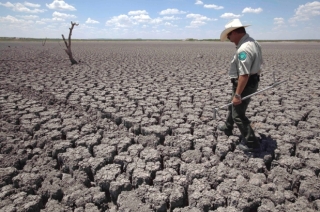 Last year, the Quebec Skeptics Society laid down a challenge: “If anthropogenic global warming is as strong as scientists claim, then why do they need supercomputers to demonstrate it?”

My immediate response was: “They don’t.”

Indeed, in 1896 — before the warming was perceptible — Swedish scientist Svante Arrhenius, toiling for a year, predicted that doubling CO2 would increase global temperatures by five to six degrees C. This turns out to be close to modern estimates of how much temperatures would rise in that scenario.

Yet the skeptics’ question resonated.

For decades, scientists have done their best to prove the hypothesis that the warming is human-made. In September’s fifth Assessment Report (AR5), the International Panel on Climate Change concluded that it is “extremely likely that human influence has been the dominant cause of the observed warming since the mid-20th century” — thus strengthening its 2007 assessment, which said it was “likely.”

But this consensus among scientists hasn’t stopped climate skeptics from insisting that the computer models are wrong, and that the warming is simply a natural turn of events.

So I decided to tackle the Quebec Skeptics Society challenge by taking a new approach.

Rather than trying to prove that anthropogenic warming is correct, I believe I have conclusively proven, in a study recently published in Climate Dynamics, that natural warming is incorrect: that it has such a tiny probability — less than one per cent; probably less than 0.1 per cent — that it can be dismissed.

The demonstration has two parts: the first uses instrumental data since 1880 to estimate the industrial-period global warming, while the second uses tree rings, ices cores and other proxies to estimate the probability of large temperature changes — on the order of 0.9 degrees C — over 125-year periods during the pre-industrial era. The beauty here is that whereas no scientific theory can ever be proved to be true beyond reasonable doubt, a single decisive experiment can disprove a theory, in this case that the warming is natural. Even better, the disproof doesn’t need supercomputers — only data and a little non-linear geophysics (my field of research).