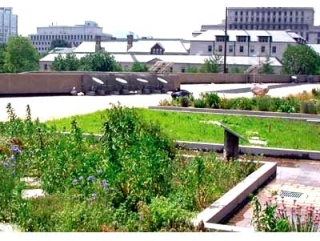 Although few doubt that green spaces bring long-term benefits to our mental and physical health, there had been few long-term research projects to support that thesis. But a recent study undertaken by researchers from the University of Exeter Medical School in Britain — whose findings were reported in January in the Environmental Science and Technology journal — followed 1,000 participants in England over a five-year period and provided compelling evidence that green spaces do indeed immediately improve our mental well-being and sustain it, as well. And furthermore that the lack of green spaces has the opposite effect.

Dr. Ian Alcock, the lead researcher from the Exeter medical school report, deduced that while newlyweds and lottery winners experienced only short-term euphoria, those who moved to greener spaces enjoyed a healthy state of mind that endured for the duration of the study. Alcock thus concluded that these findings should spur urban planners to contemplate the creation of new green spaces for cities.

Avi Friedman, author and professor at McGill University’s School of Architecture, concurs that green spaces in urban settings go a long way toward improving the mental health of residents. However, Friedman is also quick to point out that both the paucity and expense of land in most cities make it difficult to establish new parks and green corridors.