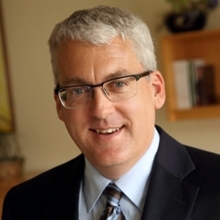 Professor James "Jim" Nicell is a registered professional engineer with formal training as both a chemical and environmental engineer. His research, teaching, administrative and consulting activities are diverse. The main focus of his research is on the development of enzymatic processes for the treatment of recalcitrant pollutants including industrial contaminants, endocrine disruptors, pharmaceuticals and other contaminants of emerging concern. Another facet of his work concerns the study of the fate and biodegradation of xenobiotic chemicals and their degradation products in the environment. And, finally, he is developing methods for the assessment and prediction of the impacts of odorous emissions from industrial and agricultural sources on surrounding communities. In addition to being actively engaged in the professional and scholarly communities, he has also served in various administrative capacities at McGill University including roles as Director of Gardner Hall Residence (1998-2003), Associate Dean (Student Affairs) of the Faculty of Engineering (2001-2006), Associate Vice-Principal (University Services) for McGill (2007-2012), and is now serving his second 5-year term as Dean of Engineering (July 2013 - June 2023).