Searching for the next Google: launch of McGill Innovation Fund to make history 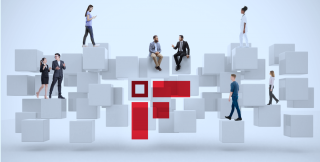 September 28, 2021 (MONTREAL, Quebec) – Today McGill University announced the launch of the McGill Innovation Fund, a funding program that will support both the development of innovative technologies as well as the spinoff companies that emerge from the University. The fund will be open to all McGill members who have declared a Report of Invention to the Office of Innovation and Partnerships.

Although universities across the country make astounding discoveries each year, translating those discoveries into impactful products or services can be a challenge; in 2018, universities launched only 0.25% of new businesses in Canada. This is not a uniquely Canadian phenomenon; although internet giant Google emerged from a lab in Stanford University, it is only one of three companies from Stanford to earn more than $100 million in revenue. On top of this, most startup companies fail as they lack the funding necessary to survive through the so-called ‘valley of death,’ or the period of time between research and commercialization.

“As a public institution, we have a commitment to bring the benefits of our research to all society,” said Suzanne Fortier, Principal and Vice-Chancellor, McGill University. “This new initiative will help us enable our research community to make a real difference in our communities, and to the world, by facilitating the transition between discovery and implementation.”

The McGill Innovation Fund aims to close the funding gap and will provide as much as $475,000 in its first year, making it one of the largest funds of its kind in Canada, and the biggest in McGill’s 200-year history. Funds provided to the selected projects will be non-dilutive, and the University will not ask for repayment of the award.

In addition to supporting prospective spinoff companies, the McGill Innovation Fund will also assist in the development of technologies, which can eventually become the nucleus for successful businesses. Many innovative projects fail because obtaining funding for developing prototypes and de-risking technology is challenging. In addition, the fund will be open to all Faculties at McGill, opening the door to support entrepreneurial projects that are less focused on technology and more on social impact.

“As an innovator, I understand how crucial early seed funding can be to developing fledgling projects,” said Benoit Boulet, Associate Vice-Principal, Innovation + Partnerships. “The McGill Innovation Fund will help our researchers move their idea out of the lab and into the marketplace where they can make real impact on society.”

The McGill Innovation Fund offers more than just money, however, as it will also provide fund recipients with one full year of support, including coaching, mentoring and access to a pool of service providers who have generously agreed to offer discounts to participating companies. The launch marks the opening of the application window, which will close on November 19, 2021. The first recipients will be announced in early December and funds will be distributed in January 2022. More information on the fund can be found at www.mcgill.ca/innovation