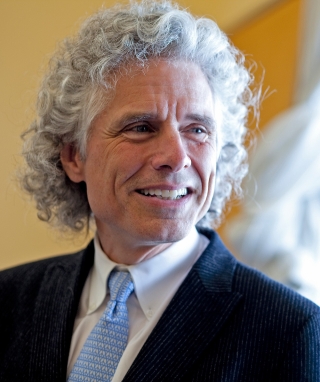 As McGill looks ahead to its 200th anniversary, Steven Pinker, one of the world’s leading authorities on language and the mind, and a notable McGill alumnus, will deliver a virtual 2020 Beatty Lecture on Wednesday, September 23.

Born and raised in Montreal, Pinker studied cognitive science at McGill, where he received a bachelor's degree in psychology in 1976. He then earned his doctorate in experimental psychology at Harvard in 1979, where he is now the Johnstone Family Professor in the Department of Psychology.

Pinker’s groundbreaking research on visual cognition and the psychology of language have earned him accolades, including being named Humanist of the Year by the American Humanist Association, one of TIME’s 100 Most Influential People in the World, and one of Foreign Policy's 100 Global Thinkers. He is an elected fellow of the American Academy of Arts and Sciences.

An influential writer with a global readership, Pinker’s books never fail to ignite the cultural conversation and have earned him two Pulitzer Prize nominations. His latest book, Enlightenment Now: The Case for Reason, Science, Humanism, and Progress, published in 2018, presents the provocative premise that life on earth – including our health, prosperity, safety and happiness – is improving and not getting worse as a direct result of 17th century Enlightenment ideals.

The virtual 2020 Beatty Lecture will take place on Wednesday, September 23 from 12:00 p.m. to 1:30 p.m. The event is free and open to the public. Advance registration, which will open in mid-August, is required. We will continue to update this webpage and the Beatty Lecture website with more details in the coming weeks.