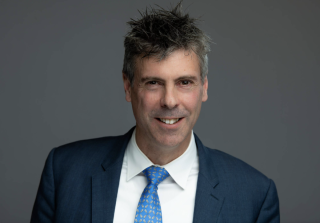 Synchronization abounds in nature—why is it so hard to synchronize quantum systems? I will discuss this general question and its relationship to quantum coherence and exciton delocalization. I will then report new experiments that show how a molecular exciton state can launch two a superposition of two chemical reactions. Specifically, we study femtosecond proton transfer in a symmetric molecule with two identical reactant sites that are spatially apart. With the reaction launched from a superposition of two local basis states, we hypothesize that the motions of the electrons and nuclei will ensue in lock-step as a superposition of probability amplitudes until decoherence collapses the system to a product. We see evidence for this, and conclude that this chemical system is a good test-bed to study the transition from quantum to classical.

Greg Scholes is the William S. Tod Professor of Chemistry and Chair of Department at Princeton University. This year he was selected as an inaugural Ivy+ Provost Leadership Fellow with the goal of helping to advance diversity and inclusion in the American professoriate. Originally from Melbourne, Australia, he later undertook postdoctoral training at Imperial College London and University of California Berkeley. He started his independent career at the University of Toronto (2000-2014) where he was the D.J. LeRoy Distinguished Professor. He was appointed Editor-in-Chief of the Journal of Physical Chemistry Letters in 2019. Dr. Scholes was elected a Fellow of the Royal Society (London) in 2019 and a Fellow of the Royal Society of Canada in 2009.