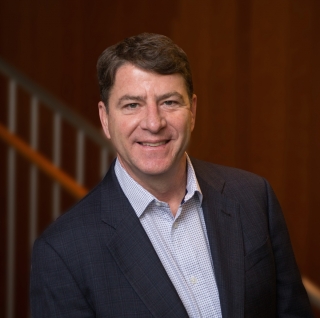 Phenols are important components of animal, plant and fungal tissues, where they perform a variety of biological functions including bioadhesion, pigmentation, chemical defense, redox and antioxidant properties. One of the most important classes of phenols are catechols (ortho-dihydroxyphenyls), whose occurrence in humans is largely limited to dopamine and related neurotransmitters, and 3,4-dihydroxy-L-alanine (DOPA), the main building block of melanin. Although catechols are rarely found in structural proteins in mammals, they are key components of structural tissues in some marine invertebrates. Celebrated examples are the proteins of the byssus, the attachment organ of the mussel. Several byssal proteins contain high levels of DOPA, which is believed to contribute to both the interfacial and bulk mechanical performance of the tissue. Fulfilling such diverse roles is possible because catechols participate in a remarkably broad and complex range of chemical interactions that include noncovalent coordination interactions with metals/metal oxides, strong hydrogen bond, cation-pi and pi-pi interactions, redox activity, and covalent coupling with nucleophilic organic species.

In the first part of this talk I will review the many functions of catechols in the mussel byssus, including results of ongoing studies aimed at shedding new light on the molecular mechanics of DOPA at solid-liquid interfaces. In the second part of the talk I will provide a few selected examples of how we seek to exploit catechols as building blocks of synthetic bioinspired adhesives, hydrogels and coatings. Finally, I will conclude with a few comments on plant polyphenols, which are biologically sourced, renewable, and have similar physicochemical properties that make them attractive as building blocks for functional materials.

Phillip B. Messersmith is the Class of 1941 Professor in the Departments of Bioengineering and Materials Science and Engineering at UC-Berkeley. He earned his B.S. degree in life sciences from the University of Illinois at Urbana, M.S degree in bioengineering from Clemson University, and his Ph.D. degree in materials science and engineering from the University of Illinois at Urbana. Previously, Dr. Messersmith was a postdoctoral fellow at Cornell University (1993-1994), and a faculty member at the University of Illinois at Chicago (1994-1997) and Northwestern University (1997-2014). Dr. Messersmith has published over 200 papers and has 43 patents. His awards and honors include a MERIT award from the National Institutes of Health, the Langmuir Lecture Award from the American Chemical Society, and the 2013 Clemson Award for Basic Research from the Society for Biomaterials. Dr. Messersmith is a fellow of the American Institute for Medical and Biological Engineering, the Royal Society of Chemistry, and the International Union of Societies of Biomaterials Science and Engineering. The Messersmith research group is interested in understanding structure-processing-property relationships of materials in biological systems, and in using this information to inform the design and synthesis of biologically inspired synthetic materials for a variety of practical applications.