With an extensive background in environmental consulting, Ali Rivers is well-equipped to advance climate action at McGill.
Monica Allaby | 2 Oct 2017

In August, Ali Rivers joined the Office of Sustainability as McGill’s first-ever Climate Officer. With close to ten years experience in the environmental sector, Rivers is well-equipped for her new role as Climate Officer.

Rivers will be closely involved in implementing McGill’s upcoming Climate and Sustainability Action Plan (2017-2020), set to be released later this fall. This will involve participating in the development of policies and programs tailored for students, faculty and staff, to reduce McGill’s carbon footprint. She will also be responsible for helping McGill reach carbon neutrality, enhancing climate literacy, and improving climate resilience.

Rivers’ arrival is a significant moment in the history of sustainability at McGill: the creation of her position was preceded by more than two years of student climate activism, beginning when Divest McGill made a submission to the Committee to Advise on Matters of Social Responsibility in Winter 2015, asking that the University divest from fossil fuel companies. After a year of consideration, the Committee advised the University not to divest, but instead recommended a series of climate actions. While many were disappointed with the administration’s response, Divest McGill paved the way for impactful campus initiatives that would occur in the year to come.

When the academic year resumed in September 2016, members of the McGill community were invited to participate in a series of Open Forums that, among other things, explored ideas to create a comprehensive climate plan. During these meetings, students put forth the idea of having a Climate Officer who would be well-connected to the McGill administration.  “A number of student leaders at the Postgraduate Student Society (PGSS) were adamant about creating a position within the McGill administration that could push forward an ambitious and science-based climate agenda,” explained Toby Davine, Communications Officer at the McGill Office of Sustainability.

Following the consultations, the student leaders met regularly with Provost Christopher Manfredi, the Office of Sustainability, and other key stakeholders to discuss the potential role and responsibilities of the Climate Officer. “After a few meetings, we quickly realized that turning McGill into a carbon neutral entity was a very complex task that required the sustained and coordinated effort of different units at McGill,” said Amir Nosrat, PGSS Environment Commissioner. “In response to this realization, our team of students proposed that the Provost's office sponsor half of the expenses associated with a committed staff member to coordinate this effort - what we called the Climate Officer.”

In the Spring, the students developed a funding application to the Sustainability Projects Fund (SPF) to support the position salary, when Provost Manfredi announced that he would fund the position salary for two years. Nosrat explained, “Our team of students collaborated with a variety of staff, students and faculty at McGill to create an outline for this new role. This process made us realize that the issue of climate change is not confined to carbon neutrality, but should also address climate literacy and climate resiliency. The final proposal, which we submitted to the Provost in November 2016, was met with so much enthusiasm that the Provost offered to finance the entire position for 2 years.”

As a McGill alumna and experienced climate analyst, Rivers brings a unique perspective to her new role. After graduating from McGill, Rivers briefly worked at Macdonald Campus before getting a job with Ecometrica, a Montreal-based tech startup that made it easier for organizations to measure their environmental impact. “We started in a consulting capacity but then designed and developed our own software that can manage greenhouse gas emissions, energy, water-use, waste and more. I was on the climate change and sustainability data side,” she explained. Rivers worked there for more than eight years, slowly climbing up the latter from a Climate Change Analyst, a Senior Analyst, to a Technical Lead on Climate Change and Sustainability.

“The great thing about [Rivers] being here is that we have someone who is an expert in the area and who can act on the specifics that our climate action plan is addressing, like air travel,” said Amelia Brinkerhoff, Sustainability Strategist at the Office of Sustainability. “She has the expertise to address these issues and she’s an open door; she’s a resource for people to learn from and is someone who is going to be in the community and put a face to climate action at McGill.”

As Climate Officer, Rivers will be able to utilize her prior experience in climate change data analysis to introduce initiatives that will reduce the environmental footprint of McGill. She is particularly excited about working within an educational institution. “There is a direct ability to take all of the brain power that already exists and apply it to help McGill achieve its climate goals, including carbon neutrality,” she said. “It’s a unique opportunity to apply the newest advancements in engineering, urban design, and other fields. Having the community here fuelling ideas and who are really actively engaged—it’s very unique.”

The students, faculty and staff involved in this two-year process are excited to see what Rivers will accomplish. “We have high hopes that our new Climate Officer can do wonders in transforming McGill into a leader in the fight against climate change,” expressed Nosrat. Rivers is certainly up for the challenge. 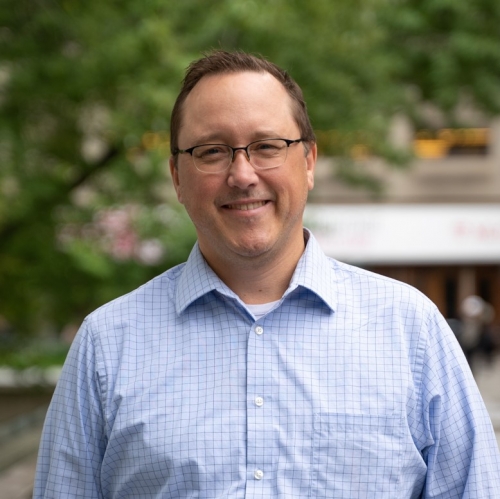 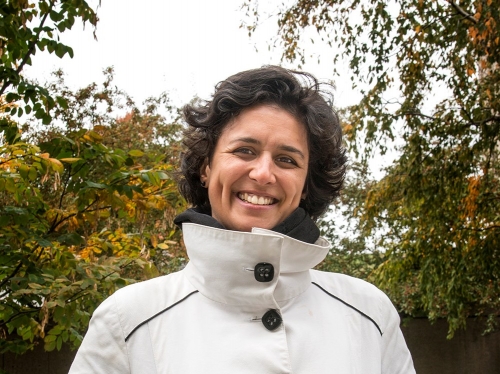 A brightly-lit screen announcing water and energy consumption greets you as you stroll into a building on campus. While you’re waiting for the elevator, you scroll through your personalized...