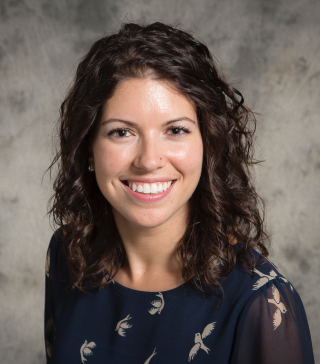 During their lifetime, organic aerosols will be subjected to atmospheric processing including exposure to sunlight. Photochemistry of chromophoric organic matter within aerosols can produce in-situ reactive oxygen species (ROS) capable of transforming chemical and physical properties of aerosols, with implications for air quality and climate. Singlet oxygen (1O2) is a well-known ROS in biology and in surface waters, yet there is little knowledge of its atmospheric sources and sinks, and consequently of its ability to alter aerosol chemistry with implications on health and aerosol-cloud interactions.

To address this knowledge gap, we generated secondary organic aerosols (SOA) from aromatic anthropogenic precursors in a laboratory smog chamber. We then extracted the collected SOA filters and submitted the soluble extracts to atmospherically-relevant photochemical conditions of UVA and UVB light at room temperature. Using furfuryl alcohol as a probe for 1O2, we determined steady-state concentrations of this oxidant using liquid chromatography and calculated 1O2 quantum yields for each SOA sample. Subsequent quantification of OH radicals and peroxides allowed for the comparison of degradation rates between ROS. We find that molecules such as amino acids, organo-nitrogen compounds and phenolic compounds have a shortened lifetime by more than half when 1O2 reactivity is taken into consideration. We further evaluated the effect of photochemical aging by 1O2 on the ability of SOA to act as cloud condensation nuclei, and found that despite no 1O2 production in a-pinene SOA, aging led to increases hygroscopicity. Our ongoing work is looking at the photoproduction of 1O2 in ambient PM10 filter samples in Switzerland and its potential source apportionment, as well as sources of 1O2 production with indoor photochemistry. The aim of this research on atmospheric 1O2 is to characterize its understudied role in aqueous aerosol chemistry.

Nadine is an atmospheric organic chemist interested in chemical mechanisms in the gas phase and in the aerosol phase. She has a BSc and MSc in organic chemistry with experience working in pharmaceutical industries in Canada and in Germany. She then obtained a PhD in atmospheric chemistry from the University of Toronto in 2015, working on the atmospheric fate of organo-nitrogen pollutants. After working at an air quality consulting company in South Africa, she moved to Switzerland to pursue an NSERC PDF at ETH Zurich studying the role of photochemistry on aerosol-cloud interactions. In 2018, she started her independent career at ETH Zurich funded by an Ambizione grant from the Swiss National Science Foundation hosted in the environmental chemistry and atmospheric physics groups. In January 2021, Nadine started as an assistant professor in Chemistry at UBC. Ongoing research interests in the NBD Group include atmospheric chemical mechanisms of pollutants and of aerosols found indoors and outdoors, as well as cloud chemistry and the mechanism of atmospheric ice nucleation.