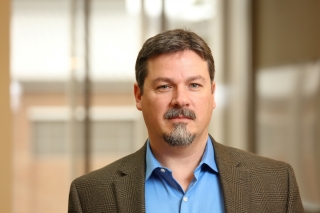 The selective catalytic functionalization of C–H bonds of hydrocarbons remains one of the foremost challenges facing synthetic chemists. Processes that convert C–H bonds of simple hydrocarbons into new C–C bonds are particularly important. For example, alkyl and alkenyl arenes are currently produced on a scale of billions of pounds per year, and the addition of aromatic C–H bonds across olefin C=C bonds, olefin hydroarylation, provides an atom economical reaction with broad potential including applications in both commodity scale processes as well as fine chemical synthesis. Current industrial catalysts (e.g., Friedel-Crafts catalysis or zeolites) for arene alkylation are based on acid-mediated olefin activation. New catalysts that operate by an entirely different pathway that involves transition metal-mediated C–H activation followed by olefin insertion into metal-aryl bonds offer new opportunities including the ability 1) to generate alkenyl arenes in a single step using air or air-recyclable oxidants, 2) to prepare 1-substituted aryl alkanes (or alkenyl precursors), 3) to alkylate or alkenylate electron-deficient arenes, and 4) to access new regioselectivities for alkylation or alkenylation of substituted arenes .

The Gunnoe group has been studying olefin hydroarylation (to produce alkyl aromatics) and oxidative olefin hydroarylation (to produce alkenyl aromatics) catalyzed by well-defined homogeneous catalysts based on Ru, Rh, Pd and Pt. Recent efforts have extended these studies to include heterogeneous variants. The goal is to combine understanding of transition metal mediated C–H activation and controlled olefin insertion to design novel catalytic routes for important classes of chemicals.

In an effort directed toward alkenyl arene synthesis, catalysts based on d8 transition metals have been pursued. Detailed studies of Pt(II) complexes supported by chelating bipyridyl ligands revealed a strategy for the direct formation of vinyl arenes; however, catalyst decomposition to Pt(s) is problematic. It was hypothesized that Rh(I) complexes could be effective catalysts. Recently, we reported that Rh(I) catalyst convert benzene, ethylene and Cu(II) acetate to styrene, Cu(I) acetate, and acetic acid with high selectivity and yields ≥ 95%. The use of Cu(II) as the oxidant allows air recycling to give over transformations that involve conversion of arene, olefin and oxygen to form alkenyl arene and water. Turnover numbers > 10,000 have been demonstrated with catalyst stability up to 1 month.

Brent Gunnoe received his B.A. from West Virginia University in 1993, where he was a Presidential Scholar and was awarded the Outstanding Junior (1992) and Senior (1993) Chemistry Student. After obtaining a Ph. D. from the University of North Carolina (1997) under the direction of Professor Joseph Templeton and serving as a postdoctoral researcher at the University of Virginia (1997-1999) with Professor Dean Harman, Gunnoe began his independent career as an assistant professor at North Carolina State University. In 2008 he moved to the University of Virginia as Professor of Chemistry, and in 2017 he was appointed Commonwealth Professor. He is co-author of three book chapters, four patents and more than 130 referred journal publications, and he has delivered over 125 invited lectures. He was the recipient of a National Science Foundation CAREER Award, the Sigma Xi Faculty Research Award, an Alfred P. Sloan Research Fellowship and the LeRoy and Elva Martin Award for Teaching Excellence. From 2009-2015, Gunnoe served as the Director of the Center for Catalytic Hydrocarbon Functionalization (CCHF), an Energy Frontier Research Center funded by the United States Department of Energy. In 2016 he served on the Organizing committee for National Academies of Sciences, Engineering, and Medicine's Board on Chemical Sciences and Technology "The Changing Landscapes of Feedstocks for Chemical Production – Implications for Catalysis" and was a panelist for the Department of Energy's Basic Research Needs Workshop "Catalysis Science to Transform Energy Technologies." Currently, he serves as the UVA Director for the MAXNET Energy consortium and as Associate Editor for ACS Catalysis.