More from Food and Sustainability

Nature supports people in critical ways, often at a highly local level. A wild bee buzzes through a farm, pollinating vegetables as it goes. Nearby, wetlands remove chemicals from the farm’s runoff, protecting a community drinking water source. In communities all around the world, nature’s contributions are constantly flowing to people.

Today, the Honourable David Lametti, Minister of Justice, Attorney General of Canada and Member of Parliament for LaSalle-Émard-Verdun, announced on behalf of the Honourable Jonathan Wilkinson, Minister of Fisheries, Oceans and the Canadian Coast Guard, that McGill University will receive more than $3.7 million for two research projects that will help minimize the environmental impact of oil spills.

New cause for concern over weedkiller glyphosate

New research from McGill University reveals an overlooked impact that the widely used herbicide glyphosate may be having on the environment. 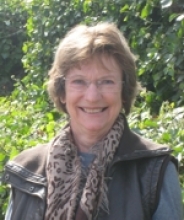 The Lancet commission on Obesity published a report today on the joint pandemics of obesity, undernutrition, and climate change. In the report, the commissioners point to the fact that malnutrition in all its forms, including undernutrition and obesity, is by far the biggest cause of ill-health and premature death globally.

McGill University today announces it will co-develop with Xebec Adsorption Inc. (TSXV: XBC) a prototype reactor to produce Renewable Natural Gas (RNG) using the Power-to-Gas (P2G) process which combines electricity generated by renewable sources and CO2 generated from waste. The project is being partially funded by a Collaborative Research and Development grant from the Natural Sciences and Engineering Research Council of Canada (NSERC).

How healthy is your almond milk really? It may taste good and may not cause you any of the unpleasant reactions caused by cow’s milk. But though plant-based milk beverages of this kind have been on the market for a couple of decades and are advertised as being healthy and wholesome for those who are lactose-intolerant, little research has been done to compare the benefits and drawbacks of the various kinds of plant-based milk.

Montreal, with its multilingual, multiethnic population, is an ideal living laboratory for researchers and students from the city’s four universities and many specialized research centres. How can Montreal be designed to better accommodate the needs of its children? What measures need to be put in place to accommodate people of different cultures and religions living in close proximity? How is the city’s nighttime economy different from that of the daytime and what are the implications?

Too much fear can be dangerous for species’ survival. In fact, fear alone, even in the absence of a live predator, can lead to species’ extinction if the population size is small enough suggests a recent study from McGill and Guelph universities. To read: “How fear alone can cause animal extinction”

Parliamentary Secretary to the Minister of Agriculture and Agri-Food, Jean-Claude Poissant, and Francis Scarpaleggia, Member of Parliament for Lac-Saint-Louis, made the announcement today at McGill’s Macdonald Campus in Ste. Anne de Bellevue, Que. 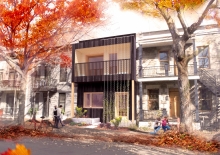 Canada’s Minister of Environment and Climate Change, the Honourable Catherine McKenna announced a $50,000 grant from Natural Resources Canada’s Program for Energy Research and Development (PERD) to help TeamMTL participate in the international Solar Decathlon, to be held next year in Dezhou, China.