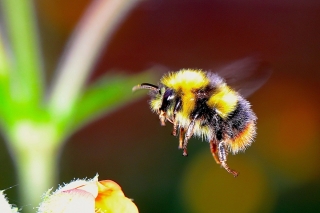 Nature supports people in critical ways, often at a highly local level. A wild bee buzzes through a farm, pollinating vegetables as it goes. Nearby, wetlands remove chemicals from the farm’s runoff, protecting a community drinking water source. In communities all around the world, nature’s contributions are constantly flowing to people. A team of international scientists including from McGill University, have mapped these contributions at local levels for years, but a new Stanford-led study closes a critical gap in how this information can be used to drive global policy and development.

The study, published in Science, uses high-resolution satellite data to create interactive maps that showcase the details of local analyses on a global stage. Informed by this planet-wide analysis, the paper emphasizes nature’s declining ability to protect people from water pollution, coastal storms and under-pollinated crops.

“Thanks to rapid recent technological improvements, we’re now able to map these local contributions from nature in a detailed, accessible way at a global scale,” said Becky Chaplin-Kramer, lead scientist at Stanford’s Natural Capital Project and lead author on the study. “The urgency and pace of global change demands wall-to-wall modeling at a fine resolution. By applying this new technology, we are able to clearly see where people are receiving benefits from nature around the world. We also see where people are most likely to lose vital benefits as ecosystems degrade.”

Across the board, they found that where people’s needs for nature are greatest, nature’s ability to meet those needs is declining. By 2050, their projections show that up to 5 billion people could be at higher risk of water pollution, coastal storms and under-pollinated crops.

Critically, the team’s research shows that these impacts are inequitably distributed. In all scenarios, developing countries shoulder a disproportionate share of the burden. Unai Pascual, co-chair of the recent Intergovernmental Science-Policy Platform on Biodiversity and Ecosystem Services (IPBES) Global Assessment,says,“If we continue on this trajectory, ecosystems will be unable to provide natural insurance in the face of climate change-induced impacts on food, water and infrastructure.”

Informing policies to invest in nature

In an increasingly globalized world, this new technological application of integrated, high-resolution data provides an opportunity to incorporate nature into worldwide policy decisions. With accessibility in mind, a key priority of the research was to produce high-resolution, interactive maps through an online viewer. This viewer is a model for presenting complex global data to key decision-makers in a digestible way.

The goal of this research — and future projects building off this new approach — is to help inform policy and decision-making around investments in nature. “Determining when and where nature is most important is critical to understanding how best to enhance people's livelihoods and wellbeing,” said study coauthor Stephen Polasky, a professor of environmental economics at the University of Minnesota.

“Our new ability to map the contributions of nature to human well-being around the world is a thrilling advance. Here in Canada, we’ve started a new network to pair local observations of the benefits of nature to national-scale monitoring of the state of our environment. I’m excited to be leading ResNet, a new NSERC Strategic Network that contributes to our ability to understand and manage nature’s contributions to human well-being here in our own backyard,” said Elena Bennett professor of Natural Resource Sciences at the McGill School of Environment.

“Global modeling of nature’s contributions to people” is published in Science, https://science.sciencemag.org/lookup/doi/10.1126/science.aaw3372

This research was funded by the Marianne and Marcus Wallenberg Foundation and by gifts to the Natural Capital Project from P. and H. Bing and R. and V. Sant.